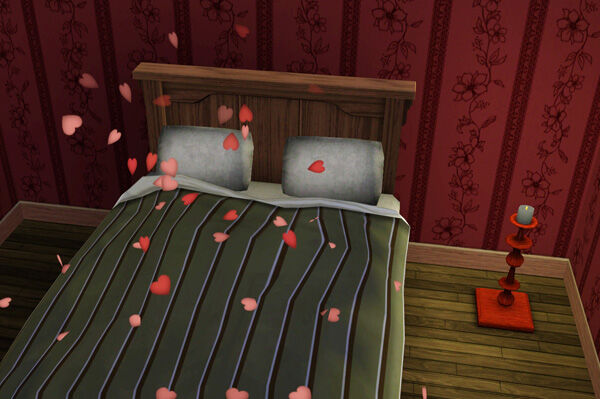 WooHoo is an interaction used in The Sims series, starting from The Sims 2, as a euphemism for sexual intercourse. WooHoo interactions can be carried out between two Sims, regardless of gender, that have to be romantically interested in each other. During a WooHoo, firework effects will appear along with bouncy effects in The Sims 2, or heart effects in The Sims 3 and The Sims 4. WooHooing will boost the social and fun motives of both Sims. While Sims can WooHoo without trying for a baby, and without risk of pregnancy, the "Try for Baby" action is also considered a WooHoo.

A WooHoo is a special event in a Sim's life in The Sims 2. If cinematics are enabled, there will be a comic animation involving the first time a Sim WooHooes with another. Sims will earn a memory of each Sim they WooHoo with. If The Sims 2: University is installed, they will also receive the very first WooHoo memory.[n 1] Oddly, WooHoo in The Sims 2 does not affect the Sims' gender preference.

Sims usually desire to do a public WooHoo. Doing a public WooHoo will grant a special memory for the engaging Sims[TS2] or a special moodlet and stride.[TS3] WooHooing in The Sims 4 will provide a moodlet that affects their emotions, and it's possible for them to experience a good or bad WooHoo. In The Sims 4, teens can "Mess Around" with each other, although they will be fully clothed when they emerge from the bed.

The WooHoo interaction is possible in these locations:

Alternatively, a male and female Sim[n 4] can initiate the "Try for Baby" interaction to conceive a baby. In The Sims 2, the female Sim must be on her home lot or controllable on a community lot. In The Sims 3, the female Sim does not need to be on her home lot to try for a baby. All methods, excluding the time machine, lead the eligible Sim for procreation into the pregnancy stage and the process of producing a baby. 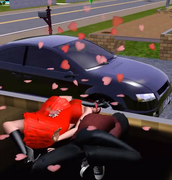 WooHoo in The Sims 4.

Sims will get dirty if they WooHoo with low hygiene in The Sims 4.
Add an image to this gallery