Valentine Monty is one of the pre-made, yet unplayable ancestral Sims that resided in Veronaville in The Sims 2, and reappears as a playable Sim in Monte Vista in The Sims 3: Store. He was the husband of Silvia Monty, the father of Patrizio Monty, the grandfather of Bianca, Antonio, and the late Claudio Monty, and the great grandfather of Romeo, Mercutio, Beatrice and Benedick Monty.

In Monte Vista from The Sims 3 Store, he is already deceased but still playable. He lives in Poetic Property at 718 Bella Vista Drive, with his wife Silvia, while his son Patrizio lives on another house with his wife and children. Like all deceased Sims in Monte Vista, Valentine has light brown hair and clothes, while in The Sims 2 he had black hair, and in his elder thumbnail, gray hair. Interestingly, Valentine's age, as well as his fashion sense seem to be drawn from a hidden picture of him as an Elder, found in The Sims 2, rather than his actual appearance in that game.

He doesn't have a predetermined lifetime wish at the start of the game, making him have different lifetime wish every time players start a new game. His inventory contains his graduation certificate, a book, a guitar and his own tombstone.

Valentine's gravestone does not exist within Veronaville, so he can't be made playable without the use of hacks. As a result, the only indication of Valentine's existence is provided by the family tree of his descendants. Like several of his deceased family members, Valentine has no personality points or interests. He has a hidden picture in SimPE, this happens with many Sims, and the purpose of this thumbnail is unknown. Oddly, despite dying as an Adult, his son's memories indicate he lived long enough to see both of his grandsons get engaged, and his own son turn into an Elder. According to SimPE, both he and his wife were 0 days away from becoming Elders when they died, further supporting that they were perhaps intended to die as Elders. 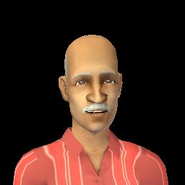 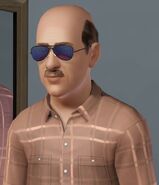 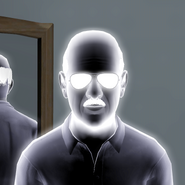 Valentine as a ghost
Add an image to this gallery

Retrieved from "https://sims.fandom.com/wiki/Valentine_Monty?oldid=930082"
Community content is available under CC-BY-SA unless otherwise noted.