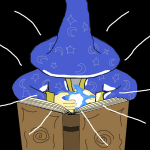 RE: Removal of Infomation

Non-Nikel23 here. The information was "removed" because it was already mentioned in the article, in fact, right in the very intro, that the cheat was renamed "testingcheats true". --k6ka (talk | contribs) 16:28, September 7, 2014 (UTC)

Retrieved from "https://sims.fandom.com/wiki/User_talk:WizardJeremy?oldid=622423"
Community content is available under CC-BY-SA unless otherwise noted.