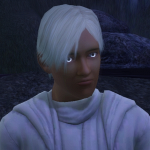 I know, Sorry for the inconveniece.

Yeah, I know. But it wasn't a major fault, nor it stayed a while. You rollbacked it immediately too. I think you should be a bit less strict in giving blocks. Strict warning is enough, but if you can't, just give a one-day block.
I also want to say, you're a diligent, devoted wiki police officer. XD I think you could become GG's assistant :P Nikel Talk 09:56, October 4, 2011 (UTC)
Did you add a |} in my talkpage? 10:34, October 4, 2011 (UTC)

ok thanks for telling me.

Hey Wir, I've noticed that issue with a few users recently. Oddly enough, it seems to occur in the evening or early morning (UTC) so I'm not sure if the bot gets overworked as it's alive on like, 50 million wikis :P. Either way, I don't really see it as much to be concerned about (as it seems to do its job most of the time). Lost Labyrinth

I didn't mind, and personally wouldn't have noticed even when it was moved anyways. The reason why I kept it at the user page is simply because many of them are still rather incomplete, but if you deem some of them to be complete enough, feel free to move them into the fanon area: after all, I still can edit them there. TBH, I felt honored when someone thought it was of fine quality. Mathetesalexandrou 00:00, October 5, 2011 (UTC)

The PT10 Fanon page is not letting me edit it

Because when I try to edit it, it takes me to a blank page when I do

I'm terribly sorry about that. I'm new to this thing and don't quite graps editing. I'm sorry for the inconvience.

I think there's nothing wrong with removing this info, as it was 101% player's speculation, and more annoying than the previous one. Nikel Talk 13:11, October 6, 2011 (UTC)

Judging from the video, it appears that banishing ghosts is something one of the special pre-order breeds can do. It may not be something cats in general can do. Dharden (talk) 16:46, October 7, 2011 (UTC)

Point taken about the special breeds just being skins. Still, I changed it to say that the trailer shows a cat banishing a ghost. This close to release, that's probably a sign that it'll be in the game, but this is EA we're dealing with. Dharden (talk) 17:18, October 7, 2011 (UTC)

We appreciate the images you've contributed to the wiki, however it seems you forgot to add some things to them.

Licensing: All images must have their licensing information added. If the image is from The Sims series of games or contains the PlumbBob, it is copyrighted to EA. Add {{Copyright by EA}}.
If you've made the image yourself, you need to decide on the license. The Sims Wiki recommends a Creative Commons license. Unless stated otherwise the image will be assumed to be under the CC-BY-SA license.
See Category:Copyright tags for a list of available copyright options.

Categories: All images must be put in a category. You can browse image categories to find the correct one. In most cases, your image should only be included into one category and only be put in Category:Images if there is no other place to put it.
See Help:Category for more information.

hi can you help me where i must play for the piano skill en the drum skill en de bas skill? —Preceding unsigned comment added by 82.72.183.182 (talk • contribs) - Please sign your comments with ~~~~

im sorry, i doesnt understand what you mean. how improve the skill points or complete the challenge?Wir.wiryawan 11:19, October 16, 2011 (UTC)

Big thanks to you, Wir. I can now to categorize all the pics to comply with the rules of the Wiki, oh and Auror, I should also thank you for starting to remind us of such policy without shocking us with warnings. Mathetesalexandrou 17:10, October 15, 2011 (UTC)

You said you have downloaded Pets. Can yuo send me link, pls? :-) —Preceding unsigned comment added by alex9400 (talk • contribs) - Please sign your comments with ~~~~

I'm afraid I cant give you the link, no illegal link can be shared on the wiki because it violated the wiki terms. I suggest you to buy it the original game, please support the creator of the game with buying the original copy of the game. I will buy the game when the game available in my country. Wir.wiryawan 07:26, October 18, 2011 (UTC)

Hey, Wir. Unfortunately, no, I don't. The reflected one was found by Vss, I think, and it seemed like he found it from website or somewhere. I think we should wait until release, or any further update from TS3 site. Nikel Talk 09:56, October 18, 2011 (UTC)

No, the current icon fits already. It's not released yet, so why would we need it if the patch or the moodlet don't yet exist? We still can use the reflected icon as temporary use, you know. Just until someone can find one. Nikel Talk 10:11, October 18, 2011 (UTC)

Hey Wir, just thought I should let you know that I categorised your blog as "Sims News" seeing as it is news :P (plus it'll be seen on the main page :D). Thanks! Lost Labyrinth

Hey Wir, I think that's a good idea so by all means, go ahead! :) Lost Labyrinth

Hello, Wir, I'm Nathan Clarke, creator of For Better or for Worse. Please explain to me why my fanon needs a clean up. Thanks in advance. —Preceding unsigned comment added by Nathan Clarke (talk • contribs) - Please sign your comments with ~~~~

I have put a 'Fanon Under Construction' template on my fanon, and it states that my fanon cannot be nominatied for deletion unless it is abondoned. Yet, you still have put the 'Fanon Clean-Up' on it. I do realize that it is used to make sure that I expand it and not abandon it, but could you please take it down, asI will expand it and I have no intention to abondon it. Thank youNathan Clarke 13:09, October 22, 2011 (UTC)

:-/ Hmm, sounds like you're predicting it's mental trait, because I also predicted them the same way, but eventually dumped them all in the same trait types. Maybe you should check out the real one. Nikel Talk 16:19, October 22, 2011 (UTC)

Wir, can you help me to rename Nathan Clarke's fanon episodes in Fanon:Episode 1 and Fanon:Episode 2, so it will be the subpage of his fanon Fanon:For Better or for Worse? Also, remember to remind him about the renaming. I think if I do it myself, it will only make him more upset for having his work being screwed up by someone else. Thanks in advance! Nikel Talk 16:32, October 22, 2011 (UTC)

Moving his chapters to the rightful place is still under our power. Because the chapter is part of his fanon, it should be a subpage, not a page, though maybe other admins will notice it eventually. I may not do that, because he might later think "kenapa fanonku diubah-ubah terus sama semua admin? Mereka semua banyak sekali maunya! Ah!!" That's why I wanted you to do that for me. Nikel Talk 17:06, October 22, 2011 (UTC)

Gasp, I forgot that it's merely similar with its own article! As for the crowd, it's okay, because the original list of traits page is more crowded. Hmm... do you think your layout no longer needs improvement? Nikel Talk 08:41, October 25, 2011 (UTC)

I've moved some that I deem have reasonable completion rates and in the case of the family article, one I deem I could finish quickly enough. Also, I must say again that I am quite honored to have heard the complement. Thanks. Mathetesalexandrou 19:50, October 25, 2011 (UTC)

Pets and the Grim Reaper

Hey Wir. I've noticed you've protected a couple of pages lately, like the RfA page. We should generally only protect if there is repeat vandalism, the page is high traffic, has something to do with policies, or users are edit warring. Protection is only intended to be a last resort, as I think it says somewhere in wikia's ToU that pages should be unprotected unless a form of protection is absolutely necessary. Thanks :) ―ฬђ talk 09:27, October 27, 2011 (UTC)

Yes, Police and Animal Control Officer are different. I have several proofs:

Retrieved from "https://sims.fandom.com/wiki/User_talk:Wir.wiryawan?oldid=326566"
Community content is available under CC-BY-SA unless otherwise noted.