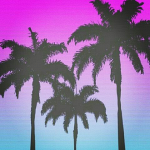 May I ask where in the game is the proof of this love as in-game Malcolm Landgraab (Roaring Heights) has no relations with Stella Terrano.

In response to the secret love: This is not Stella Terrano but Stella Livorno. In the discription of a painting from The Sims 2: Glamour Life Stuff she is mentioned to be the secret love of Malcolm Landgraab I. She does not make an appearance in game other than on that painting and her information can be found on the List of minor Sims. Not to be confused with my screenname Stella terrano (talk) 22:19, March 7, 2014 (UTC)

Sorry for mixing them up, I must've been a bit tired when I did that, thanks for the explanation. Deskita

Hey, I saw you added a picture to the Demetrius Landegraab page, does that mean you have TSM:Pirates and Nobles? (I'm curious because I've been trying to find an image of Dacien Landegraab (does he actually appear, or is he just mentioned?)) Prawler (talk) 17:24, June 3, 2014 (UTC)

Thanks for the changes you made to the Ophelia Nigmos, Tank Grunt, Ripp Grunt, and Johnny Smith pages. I have been watching the contributions that you've been making to articles recently, and I am very impressed with them. Here's an award for your hard work! :) ― C.Syde (talk | contribs) 02:18, September 2, 2016 (UTC)

Hi Stella terrano. I have nominated you for rollback. Please go over to the nomination page and state whether or not you would like to accept or decline the nomination. If you decline, do not worry: it does not look bad on you, and you will be allowed to nominate yourself again in the future. If you have any questions (Such as if you're wondering what this "rollback" thing is) feel free to drop me a message on my user talk page.

Retrieved from "https://sims.fandom.com/wiki/User_talk:Stella_terrano?oldid=760812"
Community content is available under CC-BY-SA unless otherwise noted.