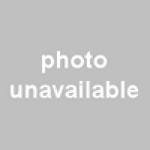 I think it would be a great idea to get the community involved in choosing a new logo. Personally I prefer the font and color of the text in the current logo as it is reminiscent of the PlumbBob. --a_morris (talk) 04:19, 13 March 2009 (UTC)

I have been wanting to give some users more responsibility but at the moment I don't have the authority. The community is getting large, we have many users who are on almost everyday contributing. Several users have complained about the amount of vandalism. I was thinking of giving them rollback privileges. Tell me your thoughts on having more active admins on this wiki and how to go about it. --a_morris (talk) 14:22, 5 April 2009 (UTC)

How to delete videos? Edit

This video has been replaced many many times by anonymous users. Is there a way to delete the unnecessary versions without deleting all of them? --a_morris (talk) 14:28, 12 April 2009 (UTC)

Sorry, but I don't agree with Matta jrEdit

No offence, but why did you do those changes to the main page? It looked better before, with all those colors and it was better organised. You cant put the media contest, which has been inactive since i dont know when, in the middle of the page! - JEA13 [iTalk] 13:32, 23 May 2009 (UTC)

Yeah, umm... actually what annoyed me the most was that the background colors are gone, and that the "The Sims News" and "The Sims Wiki News" sections that include a lot of stuff (words) are pushed to the right of the page, while the competitions, that don't require that much space, are in the middle. So what I propose is to move the blue sections to the right column and the pink ones to the left, big one. Also, do something with the colors if you can. :)

Can you move some pages to the Sims Fanon for us? Edit

Joethatblackguy (aka Joethatblackguy2) has been creating an excessive amount of player stories on this wiki and he has been asked to move them to the Fanon wiki but has not done so. I was hoping you could move them as I don't have import permissions on the Fanon wiki. --a_morris (talk) 04:49, 24 May 2009 (UTC)

Hey! I’ve noticed that a lot of sims’ pages on this site follow very different standards. I would love to hear your input here so we Sim Wikians can have a more orderly website. Your participation is immensely appreciated! M. H. Avril 06:49, 30 June 2009 (UTC)

Retrieved from "https://sims.fandom.com/wiki/User_talk:Richard1990?oldid=174591"
Community content is available under CC-BY-SA unless otherwise noted.