Hello, LostInRiverview thank you for welcoming me to the wiki (or was that an automated message) anyways if I have any questions I can ask you right?

User:Woganhemlock is unable to do the news this week, so if you could do it for him, that'd be great (according to The Sims Wiki:News team you're the backup writer anyway) --I am k6ka Talk to me! See what I have done 22:53, November 30, 2014 (UTC)

Hello LostInRiverview! Thanks for all of your contributions to improve The Sims Wiki! Have a happy and enjoyable Christmas!
Image from The Sims 2: Holiday Party Pack

I just checked my page history, an unregistered user is trying to prove that I'm a sockpuppet of Ilovesims5, but what made me scared that the issuing administrator was k6ka, but who added the blocked message was just an unregistered user that joined the wiki TODAY, is the user was just trolling around or I'm really blocked? -- Imasexysimlover

I think it's worth mentioning that the block message templates can be used in two locations - one that should be substituted, the other that will only work when transcluded. The former is used on the user talk page of the blocked user, and the latter is used in the block reason field in Special:Block (Yes, templates do work in the block reason field, and when viewed by the blocked user it will actually work). --I am k6ka Talk to me! See what I have done 02:22, December 28, 2014 (UTC)

Geez, I forgot that my screen resolution was small. When I zoomed out, you were right that the list was short! I should've realized that earlier. Nikel Talk – Vote! 08:44, January 18, 2015 (UTC)

Do you know how to install packages on sims 3 i dowload some pakages on peggyzone and want them i game. i follow the insturctions what am i doing wrong?DarlaDimple468 00:36, January 27, 2015 (UTC)BabyDoll468

Just to let you know that the voting timer at 'Forum:Amendment to voting policies' has expired, with overall consensus in favor of implementing the new voting policy. Let's settle this and put this debate to rest. --I am k6ka Talk to me! See what I have done 14:04, March 5, 2015 (UTC)

Even if Cubisticmage911 isn't the sock of Cubistic.mage, I suspect him to be a sockpuppet of Commentadder. I have posted about this issue on the admin portal. MILK FOR THE UNYUUFEX, FLAT CHEST FOR THE CUTENESS THRONE, SKULLS FOR THE SKULL PROBES (user talk:Mathetesalexandrou) 01:31, March 21, 2015 (UTC)

On MTS, a user called Lover1219 sent this message to me yesterday:

I think your a great user and you deserve to be an admin. But I have to warn you User:EPICMINECRAFTER is User:ILoveTheSims5 link:https://m.youtube.com/channel/UCRwsWlSDoiAVkPgW2gF5qCQ they have the same profile pic and ILoveTheSims5 has the name Chrissy Brown. Please report this to the admins of the sims wiki.

Of course I didn't tell you to report :P but I wanted to just tell what happened and if this helps out with anything. Have a nice day, LiR! Imasexysimlover (talk)/(fanon)

RE: Use of multiple accountsEdit

It sucks to see you leave, but I'll make sure that the featured article queue is taken care of. I have a proposal in mind that will hopefully ensure that only good articles get featured (and hopefully will revive the whole process), so I'll probably see some work soon. Thanks for these six years. --I am k6ka Talk to me! See what I have done 13:27, May 9, 2015 (UTC)

Hey LiR! Would you be interested in participating in a new game I've created? Its name is self-explanatory :P, though I do recommend you give the page a read before coming to a decision. Thanks! ―The Tim Man (Infinite Histories • Galactic Crucibles • The Sims Wiki • AltHistory • Contribs) 10:15, May 24, 2015 (UTC)

I'm just writing here as you haven't replied to the thread :) What are your further thoughts at the moment? We have requested to see K6ka use the tabber/mobile as an example to no avail... I have also made a test page myself for the proposed split. So what are your thoughts right now, also whatever the decsion is what do you think we should do with Bella Goth (Lunar Lakes)? I think she should be merged with Bella Goth. - JaseyJasee (talk) 19:50, June 27, 2015 (UTC)

Can you come on chat?Edit

Can you come on chat please? I want tell you something and I want to know what you think about that. Another user also knows about this as you may know. I'm going to be on chat all day long (I hope so), so that wouldn't be a problem.

Hi LiR. Sure, I'd be willing to write some announcement and release blogs, but I wouldn't really rely on myself. The reason I've been quite active recently is because my college break has started since a week ago. I probably won't be as active when my college starts, but that's still a month and a half later. I never wrote any announcement blogs anymore because I was never inspired myself, because I hated TS4 when it came out (and because SimsVIP somehow blocked me on Twitter. Sigh!). Now that I feel neutral about TS4, maybe I could write blogs again. I'll write the blog tomorrow. I have to go now, so... good night! :) Nikel Talk – Vote! 15:06, July 30, 2015 (UTC)

Thank you so much Edit

I just wanted to say a big thank you for fixing my signature and time stamp. I was fixing it, but saw an editing conflict due to you already fixing the issue. Thank you so much again for that. - S*pphir3 St*rdust (talk) 19:46, August 4, 2015 (UTC)

It's alright! I deleted the comment because the news was posted a few while later. But it doesn't matter, because I'm now trying it with the recent news. :P Sims

Is Refresh going to come back soon? I noticed it's because of that Javascript problem. Sims

Is site-wide Javascript working on your end? It's still broken for me, even after null edits and a lot of browser cache clearing. Only my personal JS still works for me. --I am k6ka Talk to me! See what I have done 15:36, August 13, 2015 (UTC)

Can I make this pageEdit

Hey, can I have your permission to make this a page? User:Sims2Player/Sandbox2 Sims

Yeah, we should've never done this. Good you deleted. Sims

Even if I can't vote, I will support and accept those sanctions K6ka posted on the admin portal. And I also will assume good-faith. As that is what I came for. Sims

Hey LiR, I have a new idea for a competition for TSW news. Pick a random Sim, blurr that Sim's face out. Let the community guess, and in the next issue, reveal the Sim and pick another one. What do you think? Sims

I have posted on the affiliate request page for my wiki to become an affiliate of The Sims Wiki. I wasn't sure where it said message whether I had to message an admin and let them know I had put the request through, however if you read this, could you take the request into account? Thanks - Titan95 (The Sims 2 DS Wiki Founder) 22:34, October 29, 2015 (UTC) 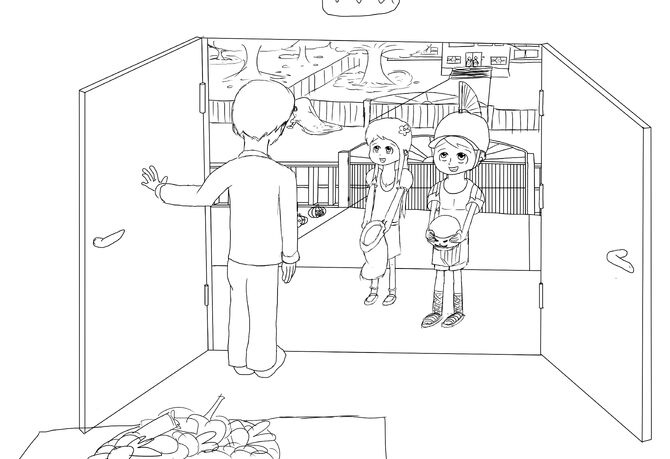 Hello LostInRiverview! Have a Happy Halloween! Don't go overboard on the lollies! ;)

Hello. No, I'm sure he did not feel that way. I'm sure, because I asked him on chat, and he said he was not offended. And agreed with me. Also, it's a matter of percpective whether or not something may sound like that. You thought it was, but Lukas not.

Btw, thanks for the info... Sims

Can you come on chat?Edit

Hey, can you please come to the chat over abit. I have a concern. Thank you.

Your nomination for Community Director...Edit

Hi LiR. Can I ask something? It's about the Caption this! feature. It has been abandoned for weeks, and it wasn't unnoticed for me. I wanted to update the page, but I didn't. Because I wasn't sure if I could do that, or if I need permission. I also couldn't find it in the rules. Maybe it should get placed in the community corner template so it wouldn't be hidden.

What should I do? I'm really not sure what I should do...

Let me rephrase... I wasn't asking for permission. I wanted to ask what there must be done with it. As it's abandoned. And I asked you what should get done to make it more visited. Do you know what should happen to it? As nobody touched the page very long. Sims

Retrieved from "https://sims.fandom.com/wiki/User_talk:LostInRiverview/Archive_11?oldid=712423"
Community content is available under CC-BY-SA unless otherwise noted.