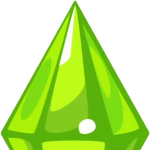 I walked slowly into my room, speechless. There's a greeting letter, Union twelf grade schedule, and a library card for my eleventh grade use, but I lost it. "Looks like they found it." I shrugged, reading the letter. While reading it my ipod sounded; I recieved a text message. Checking it it was Sabastian. "S'up?" He texted. "Not much." I replied. "Okay." He replied. "Havn't talked to you in awhile." I texted, staring at the letter. "Work." He explained. "Me too." I agreed, putting it down. "What you been up to? Other than working?" He texted. "Playing basketball, helping with family, and I guess: hanging with the Bulldogs." I replied, having the nerve to tell him I'm returning to Union. Just as I was saying, "I'm coming back" I stopped and erased the message, asking what he did instead. One of them was, "Helped one of the boys fix his car." I gave him a smiley face; there was too much pressure. Yet, he's got no clue. "You work at Redbank Chevy yet?" He asked. "No, not yet." I texted, feeling the Knight inside me hacking at my brain. "So, you ever found out ur coming back yet?" Sab texted, amking his message sound sincere. What was I supposed to say? Admit it and excite him. I sighed. "No." I lied.

I finished packing and closed the suitcase, taking two at a time out the door on August twenty-third. I then returned inside and grabbed the final two before leaving. Putting up the tailgate of my rented Silverado I kissed my family goodbye, feeling like I'm leaving for college. "Bye, Baby." My dad sobbed as he let me go. "Bye, Daddy." I farewelled, controlling my tears. I gave my brother a hug before giving my mother one. As I was being talked to by my mother, Shawn held my Nike basketball while tossing a football i bought the month before. "Just put them on the front seat." I told him. He nodded and put them on the seat from the window. I stepped away from my mother as she took my father's arm, tears coming from her dark chocolate eyes. Shawn took a step back as I walked over to the driver's side, getting in the truck. Putting my seatbelt on first I started the truck, putting it in gear. I then felt my family's sorrows. "Let's go." I said to the truck as I pulled forward. The only response from the Chevy Silverado was a running engine. Watching my family wave goodbye I honked the horn a few times as I proceeded to the end of the driveway. Reaching it, I put my shades on and took a quick glimpse at a picture of me and Sabastian from the previous school year. I grinned and turned to my right, going towrd the cementary a quarter of a mile away.

Retrieved from "https://sims.fandom.com/wiki/User_talk:C4R995?oldid=691950"
Community content is available under CC-BY-SA unless otherwise noted.