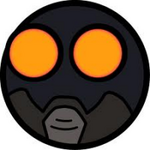 4,781 Edits since joining this wiki
August 9, 2010
(Difference between revisions) | User:BobNewbie

Welcome to my talk page!

Feel free to leave me a message at any time and I'll get back to you as soon as I can. Have a nice day further! :)

Bob please end the fanon the night of living plumbob!

Hello fellow Houseguest! Just reminding you that Big Brother Roleplay starts in October 2 2011 20:00:00 UTC in the chatroom #wikia-sims-bbrp. See you then! ~

Hey Jones. Your recent behavior on IRC has consisted out of harassing various users, personal attacks and overall disruption. Those qualities together are not good, as they seem to make you look like you're purposefully trying to anger users - i.e., trolling. I've discussed various times with you that I do not see you generally as a bad user, but your attacks against users are not acceptable and warrant your recent ban from the IRC channel. Certain people are going to react by calling you a troll, but I think you have the potential to be much more than that. If you want you can come back on to the IRC (not in #wikia-sims until your ban has expired), and then PM me and I'll be more than happy to chat with you further about this, okay? --Bob ๑ 20:08, October 8, 2011 (UTC)

Happy Birthday, wish you all the best :)

Hello Houseguest! I just wanted to remind you that Big Brother Roleplay starts in October 9 2011 20:00:00 UTC in the chatroom #wikia-sims-bbrp. See you then! --RoseGui

Congrats on being a Featured Wikian!Edit

As the title says... CONGRATS!!! Just read Wikia's new featured Wikian blog about you about you. You rock and congradulations on being featured!The Black Scorpion 19:16, October 11, 2011 (UTC)

Hello fellow Houseguest! Just reminding you that Big Brother Roleplay starts in October 16 2011 20:00:00 UTC in the chatroom #wikia-sims-bbrp. See you then! Lost Labyrinth

hi bob, the wiki battle timer has expired, its time to announce the winner and the next battle. btw when featured media is changed? every 2 weeks or 1 month? Wir.wiryawan

Hello fellow Houseguest! Just reminding you that Big Brother Roleplay starts in October 23 2011 20:00:00 UTC in the chatroom #wikia-sims-bbrp. See you then!

Hi Bob, just thought I should let you know that in the wake of your absense, the November 2011 newsletter has already been written. Thanks! Lost Labyrinth

Hmm, sounds interesting. Would I qualify as an adopter? MILK FOR THE UNYUUFEX, FLAT CHEST FOR THE CUTENESS THRONE, SKULLS FOR THE SKULL PROBES (user talk:Mathetesalexandrou) 01:19, February 29, 2012 (UTC)

I noticed that Simvivor hasn't finished its poll, and the poll was posted in March. Have you forgotten about it? Bakerychaz 13:03, June 13, 2012 (UTC)

Hey, I heard you were from South Africa? Thats really cool, I'm a South African too. Just thought I'd say hi. RossInSA (talk)

Jordan Lewis: When Are You Going To Finish Off Simvivor? Its Been Ages Since You Last Posted On It. I Cant Wait To See Who Won And It Feels Like It Is Taking Forever. Could You Please Finish It Off?

Retrieved from "https://sims.fandom.com/wiki/User_talk:BobNewbie?oldid=807007"
Community content is available under CC-BY-SA unless otherwise noted.