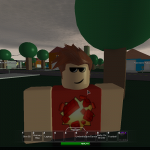 Although the black color being available after Seasons might be relevant, that morsel of information should be at the discussion at the canon article, not the fanon article. MILK FOR THE UNYUUFEX, FLAT CHEST FOR THE CUTENESS THRONE, SKULLS FOR THE SKULL PROBES (user talk:Mathetesalexandrou) 03:47, June 20, 2013 (UTC)

In addition, can you verify your statement "His first name Hunter preserves to be an NPC in Sunset Valley which a pre-made Police-man in The Sims 3" in the Hunter Cottoneye article? MILK FOR THE UNYUUFEX, FLAT CHEST FOR THE CUTENESS THRONE, SKULLS FOR THE SKULL PROBES (user talk:Mathetesalexandrou) 03:49, June 20, 2013 (UTC)

BMOandFINN: Well, usually when I opened it its just loading no sim were opened I searched up on every site someone also haded that prob.

It didn't really explain how or why it could happen. It could be only a glitch (a nasty one) that you have experienced, because I myself has never experienced or heard of it before. I believe it's just a glitch and it only rarely or occasionally happens. Nikel Talk – Vote! 14:25, October 2, 2013 (UTC)

Never happened to me before. The only problem I always have is that when I enter the CAS in TS3 sometimes the music doesn't play at all. I can fix it immediately by playing random songs from the settings menu and exit it, and then the CAS music plays again normally. --Walker guy94 Talk to me! 14:40, October 2, 2013 (UTC)

Previously, you added inappropriate things in your userpage, and now, what's the reason to put censored profane words in a discussion page? Please refrain from doing that thing again, as this is a warning or you'll be temporarily banned for making disruptive behavior. --Frostwalker Talk to me! 15:19, October 22, 2013 (UTC)

Retrieved from "https://sims.fandom.com/wiki/User_talk:BMOandFINN?oldid=542339"
Community content is available under CC-BY-SA unless otherwise noted.