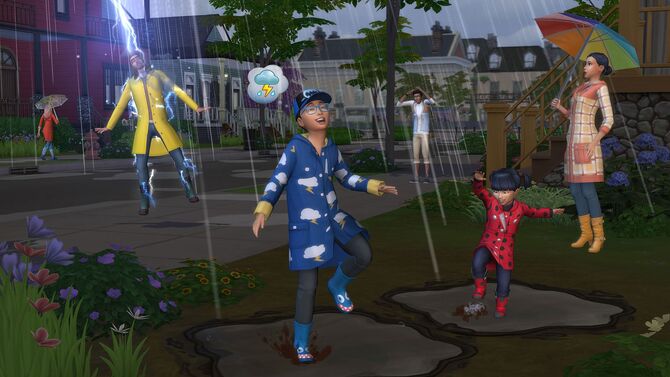 Seasons and weather come to The Sims 4!

Get out your rain boots and snow shovels, because seasons, weather, and a whole lot more are set to return to The Sims series in The Sims 4: Seasons expansion pack! The upcoming expansion pack—the fifth expansion for TS4—was announced May 24th, with a scheduled release date of June 22nd, 2018.

Despite its release date being a few weeks away, we already know quite a bit of information about TS4: Seasons, thanks to several "Q and A" sessions by SimGurus on Twitter, as well as careful study of the (only, so far) trailer video for the expansion. By all accounts, this looks to be shaping up into quite a great expansion for TS4! 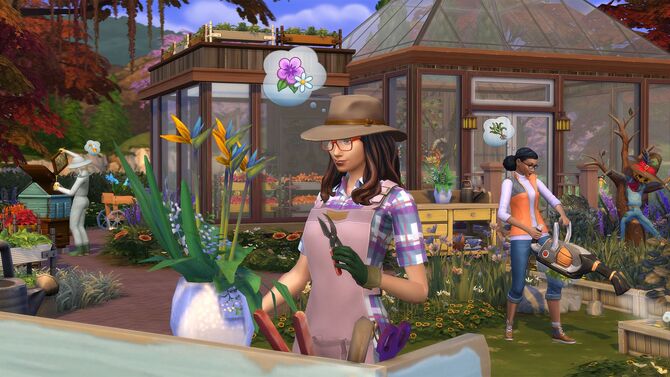 Obviously, as with the two previous seasons expansion packs for TS2 and TS3, TS4: Seasons will focus primarily on the four seasons, and on day-to-day weather, and the impact that seasons and weather have on the Sims. As in the past, each new season will bring aesthetic changes to town—lush, green summers lead to the vibrant colors of autumn, which yield to the barren snows of winter, which finally melt into renewed life in springtime. Seasons will transition gradually into each other, much like in The Sims 3. The lengths of seasons will be customizable, and are set to seven days long by default. The game developers have stated that seasons will affect each world differently; "Winter in Newcrest May look different than Winter in Oasis Springs." [sic]

Weather will have an impact on emotions, a first for the series. For instance, thunderstorms will cause Sims to become tense if they're caught outside in one. Sims can also have a favorite weather and a favorite temperature. Cats and dogs will interact with the weather as well, with each pet's personality affecting how it copes with the various weather conditions.

As in previous entries, a Sim's personal temperature will be affected by certain activities, not only by the ambient temperature. Sims who go swimming in summer, for instance, will cool off, while Sims sitting by the fireplace in winter will be warmer. Sims who are either too hot or too cold will face dire consequences, as in previous Seasons expansions. Sims who choose to play outdoors during a thunderstorm may also experience similarly dire consequences...

TS4: Seasons is a bit sparse on brand-new features, though this could probably be forgiven considering this is now the third seasons/weather-related expansion pack in the series. That said, there are a couple new items of note in the forthcoming pack. Households will have access to a new thermostat object, which will allow Sims to control the temperature inside the house. Sims will also be able to lounge and beat the heat in the new "kiddie pool"/"toddler pool".

The Sims 4: Seasons will bring back several past favorites, including snowmen and snow angels in wintertime, ice-skating and rollerskating rinks, and sprinklers. The weather-controlling machine is set to return in this expansion as well. It has been hinted at that Sims with a high handiness skill may have access to additional features on the machine. 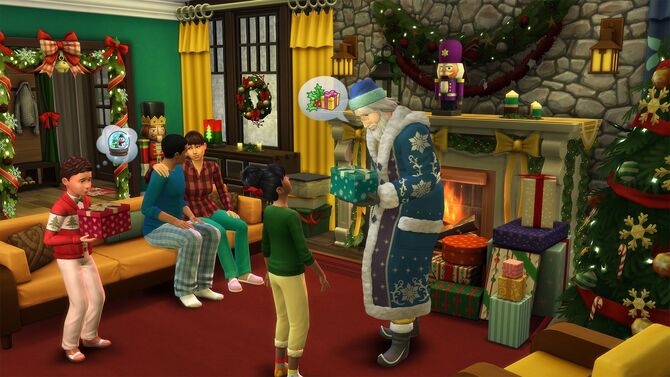 What isn't coming in Seasons this time around? For starters, no new world will be included in the pack; this makes TS4: Seasons the first TS4 expansion pack not to debut a new playable world. While rain, snow, sunshine, and fog (of varying intensities) will be featured in the pack, hail is not set to make a return appearance. Sims who spend too long outdoors in the sunshine will not be susceptible to sunburn as in previous titles.

And, of course we can't neglect mentioning the elephant in the room—snow depth. Namely, the lack of it. Unlike in The Sims 2 and The Sims 3, accumulated snow in The Sims 4 will not have depth, but will instead simply change the color and texture of the ground. The omission of deep snow has been bemoaned by some in the community, but the developers have stated that its omission was due to concerns that they wouldn't, "be able to achieve the visual quality bar we expect for The Sims 4.". Grant Rodiek aka "SimGuruGrant" stated that the omission of snow depth in The Sims 4 was not due to performance optimization.

So, it looks like Seasons is going to be a welcome addition to The Sims 4 when it drops in a few weeks. Obviously, there is still more information to be discovered about the upcoming pack, some of which we may not fully know until after the pack releases to the public. As always, we'll try to ensure that The Sims Wiki stays on top of any new developments and new information. You can help The Sims Wiki out by updating our articles (or creating new ones if needed) as we discover new information about this pack!

On the subject of potential new information, EA has announced that there will be a The Sims 4: Seasons livestream on June 15 (11am Pacific Time). Hopefully that livestream, and additional SimGuru twitter posts, will reveal even more information about this pack prior to release.

What are your thoughts about this upcoming pack? Are you excited? Is there anything you really hope makes an appearance in Seasons this time around? Is there something you wish wouldn't be featured? Be sure to leave your comments down below.

Thanks for reading, and happy Simming!