Sixteen years of The Sims!

February 4 of 2016 marks the sixteenth anniversary of the release of the original The Sims in North America, and the birth of the The Sims franchise, one of the most successful video game franchises in history! All of us who have played and enjoyed countless hours of The Sims and its sequels have fond memories of this quirky little piece of gaming history.

Sixteen years later, the series is still going, and we have new content arriving all the time, including a new game update and an upcoming stuff pack.

New game update for The Sims 4

Of course, it wouldn't be a true Sims anniversary without EA getting in on the action. In honor of The Sims' sweet sixteen, EA have released a new TS4 game patch which (among numerous bug fixes) adds several features from past games. The contents of this patch were selected to commemorate The Sims' sixteenth anniversary by going back to content included in the first three main games in the series. 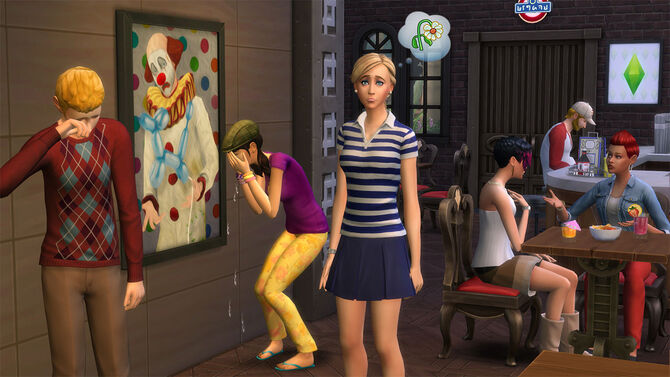 From The Sims, we’re bringing an homage to the Tragic Clown by way of a painting of the sad fool. One look at it and your Sim will walk away with a “Tragic Clown is Tragic” Moodlet. If it makes your Sim sad, why look at it? Because sometimes everyone needs a good cry. But fear not – there’s also a Plumbob Poster you can use to decorate your Sim’s room. It doesn’t do anything, but we hope that when you look at it, you’re filled with happy feelings of llamas and grilled cheese. 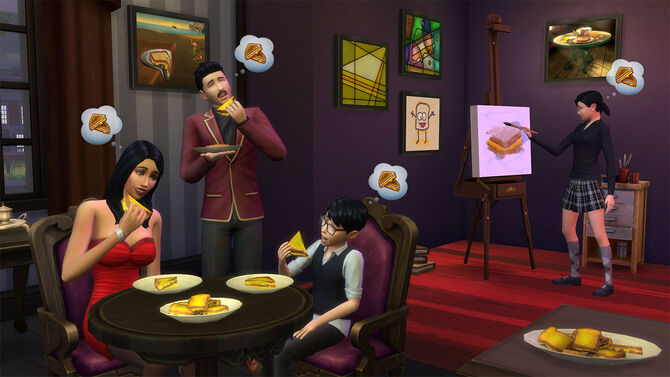 Speaking of grilled cheese, The Sims 2 fans likely remember the Grilled Cheese Aspiration, and we’re happy to bring it to The Sims 4. If you want your Sim to have a (mildly unhealthy) obsession with Grilled Cheese, this is definitely the way to do it. 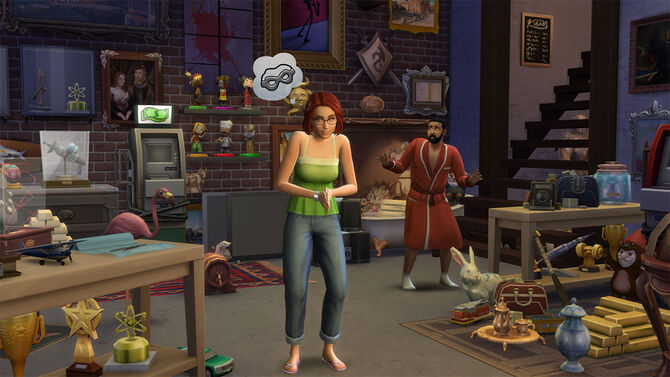 The… wait, did someone just steal your Sim’s TV? Oh, it might be because they have the Kleptomaniac Trait from The Sims 3. Sims with this Trait can’t help but swipe objects from their neighbors, or the Club, or… well, anywhere they go. 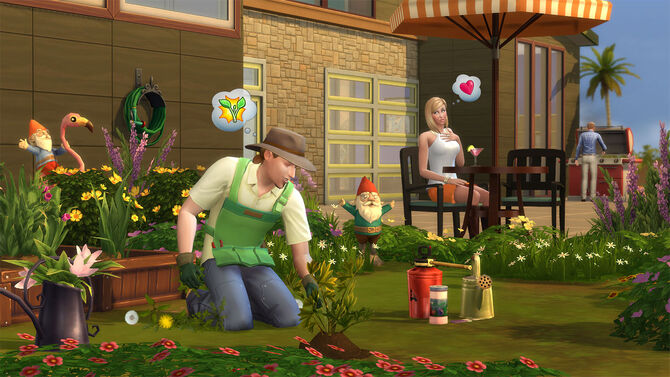 There’s also an NPC coming back: the Gardener! With a phone call, the Gardener will come to your Sim’s house and take care of their plants. We’ve had a lot of requests for this NPC to return, and we’re really happy to include it as part of this Update.

As if the anniversary update weren't enough, we're also getting some content in the form of a new stuff pack, just in time for Valentine's Day. The Sims 4: Romantic Garden Stuff, the sixth stuff pack for TS4, will be released on February 9, and includes plenty of new objects to design a dream garden. The pack also brings back the wishing well, which now has more potential wishes (and wish outcomes) than ever before.

All in all, so far February is shaping up to be a good month for The Sims series. So, load up your copy of TS4 and be sure to update to the latest version so you can enjoy all the new (or old) content. Or, fire up The Sims, The Sims 2, or The Sims 3, and enjoy the nostalgia.

What do you think of the latest Sims news? Let us know in the comments below. Also, leave an answer to our poll question: