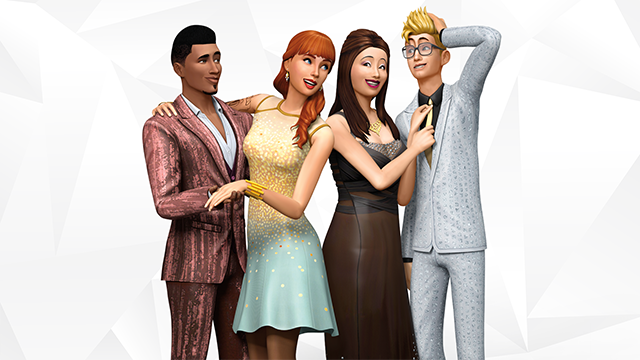 As previously announced, the first stuff pack for The Sims 4 has been announced—The Sims 4: Luxury Party Stuff. Today, we have some more information about this new pack, including price and release date.

Shortly after the release of the May 4th, 2015 patch for The Sims 4, an observant player read through the patch files and found a reference to "The Sims 4: Luxury Party Stuff." The existence of the pack was very quickly confirmed by Maxis on May 6, 2015. Today, Grant Rodiek posted an "announcement" for LPS on the News section of TheSims.com. 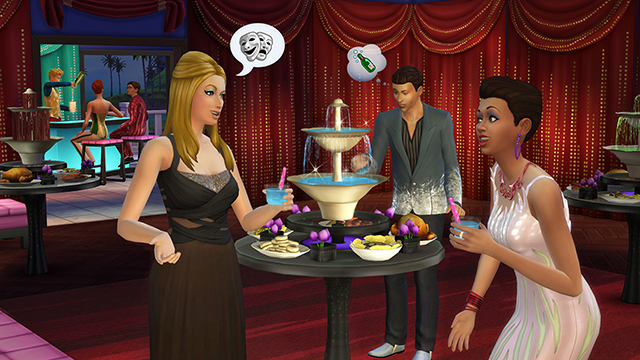 As indicated by the name, the pack will focus on "high end, red carpet, party ‘til dawn bashes that require – nay, demand – all the trappings and majesty of the right crowd." To suit this, new clothing, accessories, and party-related objects are to be included. The pack will specifically highlight two new objects, which are, "essential for throwing a fantastic party." The first is a banquet table, which can be stocked with food prepared by Sims. There is also a new food and drink fountain, which can be placed atop the banquet table, and can dispense different drinks, chocolate, and "other delightful delicacies"

Obviously, more info will come out at and after release. Additionally, Maxis is planning an "Ask the Guru" session for May 19th, to coincide with the release of LPS. You can read more about that thread, and contribute your own questions, by going here.

Facts at-a-glance
Name: The Sims 4: Luxury Party Stuff
Price: $9.99 USD - Prices in other currencies and other locations is currently unknown.
Release date: May 19, 2015 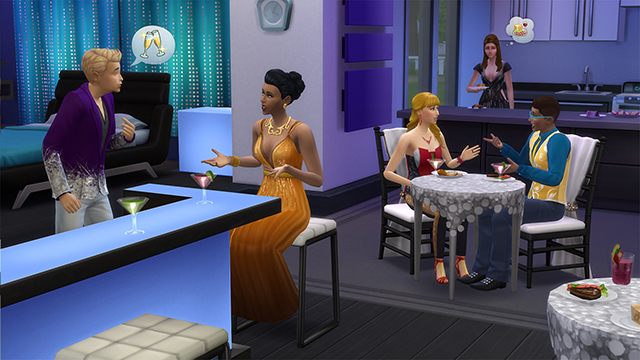 Let us know what you think of this new pack, with these polls. Also, feel free to leave a comment below and let us know your thoughts!

Retrieved from "https://sims.fandom.com/wiki/User_blog:LostInRiverview/Luxury_Party_Stuff_Pack_info?oldid=669722"
Community content is available under CC-BY-SA unless otherwise noted.