What did actually happen here ?

Most of you would probably think that this guy (coloured red) adopted these two girls (coloured blue) (since there isn't an other parent, and this guy wasn't made in CAS, because he was there in the previous family trees without the girls). And, well, that's not true. :D

This guy is both the mother and the father of these two girls at the same time ! Cool, huh ? :P

He was able to do this by impregnating himself, which isn't so hard, but it rocks, I must admit.

By experimenting, I was able to conclude that this process, although similar to cloning, isn't cloning itself, because these kids clearly have a grandpa, and grandma, so they will get some DNA from them as well, so they will have the same DNA as their parent, but not the same looks (a perfect example is that the parent has dark hair, while one of the twins has blonde). Also, the kids will always be of the different sex than the parent. Probably because the game itself couldn't let two people look completely the same, I really don't know.

An interesting thing is also that if a person with no ancestors is cloned, all his kids will look like him (despite being of the different sex), and if one of his kids gets a child, that child will look completely the same as his grandparent, but not necessarily have the same hairstyle or clothes.

a 4-Sim group is coloured yellow, and as you can see, once these 2 sisters had husbands, but both got divorced and ended up with each other's husbands... :D

The older sister also has a child with Gordon King, one of the burglars. :D

The other edition of the family tree is located far-down-left :

Well, the two babies from the previous tree grew up and both got married and had kids with their spouses (one with his lover too). :D

There is also one guy left unmarried from the new CAS family, I don't know what I'll do with him, I'll see. :)

Also, how could I forget about the newest neighbourhood photo : 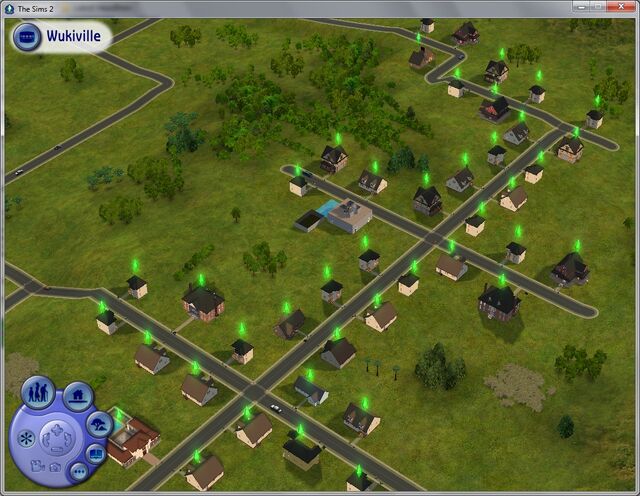 That's it for this article. If you have any questions, demands, or have anything else to say, use the comment. ;)

Retrieved from "https://sims.fandom.com/wiki/User_blog:Ivan-G-D/Golden_200_Members_%2B_Self-Impregnation?oldid=293860"
Community content is available under CC-BY-SA unless otherwise noted.