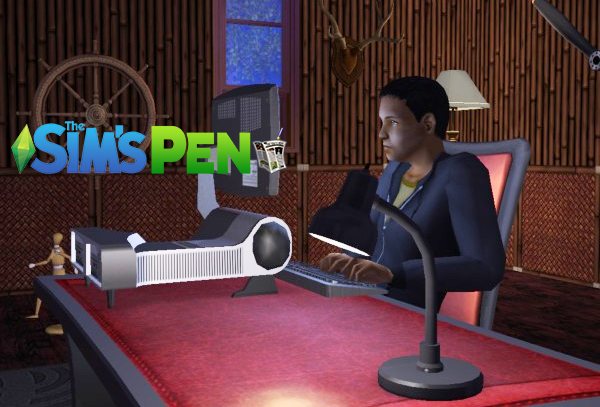 Hello The Sims Wiki! C.Syde65 here with the 72nd issue of The Sim's Pen, The Sims Wiki's weekly fanon newspaper!

Attention members of the Fanon Peer Review Team! As always, there are a number of fanons waiting to be reviewed at The Sims Wiki:Fanon Peer Review Team/Fanon for review. Any time you can spare to help clear the backlog and help our writers to improve would be greatly appreciated. Thanks!

Regular fanon readers may have noticed that several of our past featured fanons have made a comeback not too long ago! PVCS vs STM football, Plumb(b)ob PD and The Genesis Project have all released new installments, among many other excellent fanons. Catch up or start reading if you fancy a break from editing.

Have something you want to share? We're happy to add it here — just leave it in the comments!

Want your fanon to appear on this list? Please nominate it! We are always looking for excellent fan fictions to feature here?

In the lane lay a boy, black-haired and of Filipino descent, no more than 14 years of age. The rain puddles parted ways to diverge around his body, carrying with it a river of bright red that stood out clearly amidst the brown muddy water.

The young boy shifted slightly, his body barely movable, his senses almost fading. His body and clothes were soaked, both from the rain, and from what came out of him. His breathing was shallow, drowned out by the noise of the rain. His eyes were open, though whether or not he could actually see anything was unknown. From under him, the shining red liquid continued to emerge, staining his shirt, his shorts, his hair... everything.

Christina Im (born 26th August 1982), is a singer and actress. She is a member of the Korean band SNSD, and a former member of the Japanese band BeForU. Christina is of blood type B. She was born in South Korea. Christina moved to Tennessee, United States at an unknown age and attended and graduated at a High School there. She joined BeForU in the year 2004.

One day, Christina's creator and boss had a device that would send all of 'Kimmy's Celebrities' to the world of any video game universe they would want to explore in person. So she decided that visiting a game universe would be fun.

Christina's boss Rachel, or 'Kimmy' decided to see what the Sims world was like, by teleporting them into the Sims universe, where the main language of Sims is Simlish. Christina and the rest of Kimmy's employees were initially unable to understand what the Sims were talking about, although the Sims' body language made it clear when they were happy, when they were unhappy, and how they were feeling.

Eventually Kimmy's employees learnt how to speak Simlish, even though Simlish is not any of the Kimmy's corporation language. Christina's native language is certainly not Simlish.

Thanks for reading the 72nd issue of The Sim's Pen, The Sims Wiki's weekly fanon newspaper! Be sure to follow The Sims Wiki via the links below.