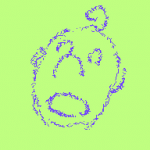 aka Andrew, whats it to ya? *spits*

Why is Bella gone? Why is there a book written by Alexander? Whi is Vincent dead? How did don end up in Riverview? Who is that ghost named Cassandra? How is Kaylynn young still? All these are answered by this theory. The Caliente sisters were greedy gold diggers. So while one targeted Bella's brother, the other targeted Mort. Don, meanwhile, had his eyes on Bella. Together, the three formed a plan. The Caliente's got to Michael, and killed him. Bella investigated and discovered the Caliente's evil doings. But they put there true plan into effect. At a time that none of the Calientes or Don knew of, Bella was abducted. Little did they know, Bella was goig to be used for more than Don's little sex doll. They were going to use her. Theycloned her, along with her brother and Nervous subject. After that, Don got to Cassandra and the Calientes got to Mort. After being left at the alter, Cassy went insane. Meanwhile, Don had stolen some elixer to keep Kaylynn beautifl. Mort and Alex tried to hide there sorrow by building a teleporter/time traveling machine. When it was complete, Cass took it and attempted tyo get revenge. She went to Don's college from when he was there, and made sure he never became a cassanova. Angered, he tampered with the time machine and killed Cass and sent himself back in time. Mort soon died and the sorrow of life took Alex and transformed him into "the Goth Boy". Soon, he went to a city.

Retrieved from "https://sims.fandom.com/wiki/User:Zordon123456789mlw7?oldid=117678"
Community content is available under CC-BY-SA unless otherwise noted.