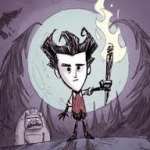 Hey everyone, how's it going. Everything you need to know is over to the right, in the userboxes. Well, now that that's done with, you can chat me up at User_talk:Spiritcrusher77. Also, you can check out my Fanon, over at Fanon:A Mafia Story, of a Not-So Mafia Family. Anyway, feel free to ask me anything over at my talk page, and I'll do my best to answer. Other than that, my introduction is over.

I haven't been asked any questions about my fanon. Feel free to ask me on my Talk page. You can request for your question to not be shown.

Hey guys, feel free to suggest characters over on my talk page. Try to be specific.

I kind of based Tommy on myself, when creating him. He has some differences, such as age. He was originally going to be Vinnie's son, and Angelo's nephew. But, unfortunately, you cannot edit relationships to make Young Adults the children of Adults. Also in a few early drafts, Tommy was going to basically be the Polar opposite of Vinnie and Angelo.

I based Vinnie on somewhat of a Mafia second in command. Somewhat of a henchman, though can call the shots when the boss isn't around. In some early concepts, he was to be Tommy's Father, and also in the Criminal career, like his brother, Angelo is in. As such, he still had the evil trait when I decided to apply him in Politics instead, as well as the Kleptomaniac trait.

Angelo was to be a Mob Boss, until I realized just how laughably pathetic he was. As you know, he was also originally going to be Tommy's uncle from out of town. Not a whole lot to say about this guy.

One of the earliest drafts of the story was a plot like this: "Tommy, a cop, who lives with his father, Vinnie, who's a criminal, is having his from out of town Uncle move in. But with an Uncle that's a mob boss, will he be able to keep his good reputation as a cop? It feels like all of the family but him is in the Mafia. Will he have to arrest his Uncle, or even his Dad?" Yeah. It sure did adapt.

Retrieved from "https://sims.fandom.com/wiki/User:Spiritcrusher77?oldid=505746"
Community content is available under CC-BY-SA unless otherwise noted.