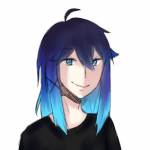 Also.. I played SimCity4 and Sims Carnival, and I still own SimCity 4 and other Sim games on occasion.

In addition to Sim games, I also enjoy a Japanese Song.. a really super fast one...

For Example : Hatsune Miku No Gekishou

Usually.. i always play computer... You could've really call me an Computer-Addict-er [?]...

But... When not playing Computer or Sims, I read a book or Play PSP but...

Other than that... I do nothing 'xept for sleep and eat and go to school.

I also love to discuss the Theory... for everything in the sims.

My Userboxes [A Huge One..]

Those are the Best Sims EVER!...Edit

My Favorite Family... [And I Usually Addict to them]Edit

Retrieved from "https://sims.fandom.com/wiki/User:Sense19?oldid=624049"
Community content is available under CC-BY-SA unless otherwise noted.