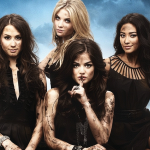 Hi! I'm a frequent user on the sims wiki and I also enjoy the NCIS wiki, the Adele wiki, the Charmed wiki, and the Pretty Little Liars wikia. I'm the founder of the "Only Children" wiki, but I just started it. It will be a while before it looks like a really wiki. If you have any questions about me or anything else, please feel free to ask me! One big goal of mine is to become an administrator, in which would make my day. >_> (:) <_< I'm a member of thesims3.com and my username is "leffler" if you wanted to know. P.S. if looking me up don't put the quotation marks.

As of mid-August 2012, I'm on the wiki less frequent than usual due to my daily life.

Due to my absence, the planned fan-fiction series was cancelled. Instead in either December or January, I'll release a couple separate fan-fictions.

I already wrote a 5-part series on the life of Jenni Jones-Brown and the Unborn baby Jones-Brown. Due to a delay, "Living One Day at a Time" was released on December 16.

I love Sims 3 and I really wish they continue making Sims game. Possibly even a Sims 4...? I would like the following expansion and stuff packs for The Sims 3

Retrieved from "https://sims.fandom.com/wiki/User:Schnetzka?oldid=519827"
Community content is available under CC-BY-SA unless otherwise noted.