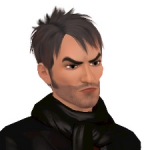 I'm SIMSFUREVUR. I am 15 years old. I'm a third-year high school student and i am a relatively good student. I have an older sister who is now married to my brother-in-law whom i dislike and they currently have a baby boy named Bastian,who is my nephew.The first sims game that i played was The Sims back when i was about 5 or 6 years old,since then i have developed a strong bond with the series and i want every game,expansion pack and stuff pack that comes out.I still don't have the latest expansion pack The Sims 3:Island paradise yet though.I have played every game of the series possible and every EP and SP.I am also a Football(soccer) fan and i support my beloved football club MANCHESTER UNITED.I would really much want to become a pilot when i grow up,i actually once wanted to become a professional footballer but i decided to give up that dream because of my age and the country that i come from(Philippines)(because the Philippines is way too much interested on basketball).AND FURTHERMORE,I REALLY DISLIKE PEOPLE WHO HAVE CROSSED and THOSE WHO CROSS ME THE WRONG WAY(except my family and relatives of course,especially my parents),ESPECIALLY THOSE F*CKERS FROM MY FORMER SCHOOL,but nevertheless i am a friendly person.

Favorite Song: “The Show goes on” by Lupe Fiasco

Jareth Alto-Just because of the mohawk!

Kaylynn Langerak-IDK why,i just really like her!,especially when she grows up into a teen or young adult in The Sims 3.

Betty Newbie-I like The Sims 3 version of her,in The Sims 1 not that much really!(also in the sims 2 kinda).

River McIrish-I love her clothing it really suits her,she's one of the pretty girls in town as well.

Chrissie Landgraab-Nice face and outfit and this goes to the entire Landgraab clones household in Lunar Lakes.

Morgana Wolff-Just divorce Thornton if you wanna have kids!

Hunter Cottoneye-What's up with you!

Retrieved from "https://sims.fandom.com/wiki/User:SIMSFUREVUR?oldid=522798"
Community content is available under CC-BY-SA unless otherwise noted.