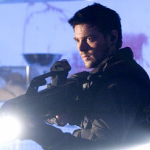 I'm 21 years old who enjoys playing The Sims whenever he can.Expirienced with modding and I have tons of custom content.I'm Playing The Sims since 2000.The Sims 1 was really fun back then and it was kind of addicting.I've bought all expansions of it and it was awesome.The Sims 2 was even cooler spent a lot of time playing it,got all expansions of it too.Sims 3 came out and most people said that it was a dissapointment but I don't think it is since only it has 4 expansions and 3 stuff packs.Only time will show if it's a dissapointment.My hobbies are watching TV,playing football,basketball,swimming,playing guitar,working out and playing video games.Also I enjoy reading books,writing stories and having fun.

My favourite Sims are:

The Sims games I own Edit

The Sims 2 Open For Business

To help out players with information.

Retrieved from "https://sims.fandom.com/wiki/User:Ozzylusth?oldid=305705"
Community content is available under CC-BY-SA unless otherwise noted.