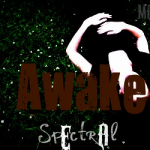 Semi-Absent
This user will be semi-absent from September 2011 to June 2012 due to studying and social activities. However, they may still edit at certain times during the week, specifically on Saturday's.

Well, I'm Madi and I live in Atlantic Canada :D I love writing and drawing, so I have a couple Fanons, including my fan-ficiton, Spectral, which is completed, and Spectral: Part Two, which is currently under construction. If you've read them, you know I like to create cool edited pictures for my chapters ;)

I'm not any ONE kind of Simmer...there are experimenters, builders, blah blah blah, and all that, but I cannot be put into a category. I have my own weird way of playing, which involves everything involved in those categories and none of it at the same time....Yep, my life is pretty paradoxial.

Just realized I did a terrible job at explaining that...Oh well :D

I also have an assortment of random skills:

My Sim-self would be pretty talented! ;)

How I Came To Know The Sims Edit

How did I come to play the Sims, you ask? What's that, you didn't ask? Oh well, now you get the satisfaction of knowing!

Well, before I got my first sims PC game, I was always looking for games on the internet about raising a family. Of course, when I asked anyone they told me to buy the Sims 2, and that it was amazing and so on. Me, being about nine/ten years old, didn't want to 'waste' my money on a computer game. Eventually I caved and bought Life Stories. It amused me for about a year and then I decided to buy another game (The Sims 2). The upside was it was just as amazing as everyone had told me over and over! The downside was I didn't know what expansion packs were and bought University before I had a copy of the base game. Oops. I ended up with Double Deluxe as my 'base game'. On a random note, after I got the Sims 2, somewhere along the way I became aware of cheat codes....I was addicted to them for a long time...

Later in life, I was so freakishly excited when I heard about the Sims 3 coming out in 2009 I ran out and bought it the week it came out! I have all of the expansions, a few stuff packs...sometimes I miss the Sims 2, though. (not often, lol) Somewhere between WA and AM I decided to break the vicious cycle and stop using cheats (it was becoming a problem xD). I still use cheats, just responsibly...and by that I mean not all the time, just when it's necessary :P

So far, now that I've played each generation of the games, my favorites have to be The Sims: Livin' Large, The Sims 2: Nightlife, The Sims 3: Generations (for the items) and The Sims 3: Pets (for the clothes...and pets). My sims really inspire me to write creative stories depicting their crazy lives :) Not only that, but I find myself drawing a suspicious amount of blueprints in my freetime (in other words, during calculous).

Yes, they are all from the Sims 3, and dead, but that's beside the point.

Oddly enough, out of all these dead sims that freak me out, none are from Sunset Valley, Riverview or (my favorite) Appaloosa Plains...not even the Remington's...(maybe it's because they're the only two towns I really use...?) None are from TS2 either, not even the eyeliner-wearing Tricou's from Nightlife. Hmmm, I wonder why....

....maybe because THEY DON'T HAVE DEAD BODIES STREWN ALL OVER THE PLACE!

....at least they make the towns interesting, I guess...okay, it's kinda creepy in an awsome, I-can't-believe-I-needed-to-read-something-on-a-wiki-about-this-before-I-noticed-it kind of way. I mean seriously, I must be really unobservant, because now I'm seeing gravestones everywhere in Twinbrook in places I've been at least a dozen (more or less) times!

And why are all pre-made ghosts (other than in Sunset Valley & Riverview) really....ugly? Is it because they wanted them to look scarier? O.o Well, they do make some really horrifying ghost babies!

Waaaaaaay down here is a list of my favorite pre-made sims. :)

The Sims Games I Own (In order of Purchase) Edit

Well, before I bought Life Stories, I had only played the console versions a couple times when I was like...five. So, yeah. And I just realized I gave a comment on almost every single one xD Enjoy reading them!

Didn't get TS3 Fast Lane or Town Life because they don't interest me...neither does Diesel, mostly because the furniture objects aren't really customizable. I do like the looks of the guys' clothing though :) Supernatural is going to be a must for me - I'm a sucker for fantasy!

This Is The End Of The PageEdit

WOOOW my page is long...I must've been really bored when I started this page :)

Retrieved from "https://sims.fandom.com/wiki/User:Madi23?oldid=405949"
Community content is available under CC-BY-SA unless otherwise noted.