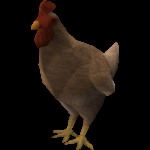 I'm a compulsive wiki drudge and lurker, come to stalk the neglected thoroughfares of your very own encyclopedic knowledgebase. Unfortunately, my intense focus is often short-lived, though as frequently cyclical in its recurrence. In other words, you may see my edits come in bursts with long pauses in between. I hope to contribute something worthwhile even so. Don't be afraid to let me know what you think of me!

My favourites! In other words, pages that I want to see improved and will stop at nothing -- except maybe the occasional coffee break and not-so-occasional distraction -- to push along on its path to completion.

Name: Krauss
Lifestate: Plumbot
Traits: Sentience, Simulated Emotions, Limitless Learning, Efficient, Office Drone, Friendly Functions, RoboNanny
Story: Krauss began life as a humble Plumbot, brought into existence by an enterprising time traveler. Tasked with helping his creator build other Plumbots, he became so proficient in the skill that he surpassed his master. He granted himself sentience and became the renowned Pioneer of Plumbotics - just shy of a time paradox. His new-found curiosity drove him to study biology - which inexplicably brought him full circle back to plumbotics, when he discovered his own genetic code. What could this mean? What dark secrets lie deep within the workings of Reventlov's Bot Workshop?

Retrieved from "https://sims.fandom.com/wiki/User:Lexmechanic?oldid=544240"
Community content is available under CC-BY-SA unless otherwise noted.