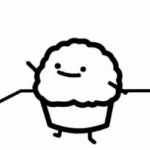 My name is Courtney Pearce but i'd perfer if you called me Courtney or by my username Holeseditor28. i spend most of my time playing sims, singing or hanging out with my friends.

The Sims games I own Edit

Retrieved from "https://sims.fandom.com/wiki/User:Holeseditor28?oldid=834829"
Community content is available under CC-BY-SA unless otherwise noted.