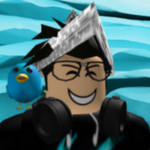 Base cars are nice, but custom cars more. Edit

Where can I get them? I can't find them on The Sims 3 Store anymore! They all give me a 404 error page when I try to download them. Not counting those recolors in The Exchange section. Only this (ugly) car, the LuminaCar 3000, is available.

This picture was sourced from the official Prima Open for Business guide. Don't know why does this screenshot exists in the manual. Can't even find it on the new objects section of said manual nor in my game.
Add an image to this gallery

Retrieved from "https://sims.fandom.com/wiki/User:Gagarsa05?oldid=901433"
Community content is available under CC-BY-SA unless otherwise noted.