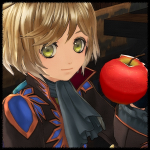 Hi everyone, Welcome to my user page!

I'm EpicJoyBoy, and I'm just a regular contributor here in The Sims Wiki. You may also know me as Joy5678, which is the name I use for TheSims3.com. I first started playing The Sims series back in April 2011, and I was hooked ever since (except for a few long breaks).

The Sims series games and expansions

I plan on getting the remaining stuff packs. (hopefully...)

Also planning on getting the remaining as well. (if only the TS3 store doesn't close before then...)

I'm also a fan of the SimCity series, too! I'm currently an active contributor to SimCity Wiki as of now, which is almost dead, where I am mostly contributing information regarding SimCity 4 and SimCity (2013).

I guess that might be why I'm not as active on The Sims Wiki at the moment :P

Retrieved from "https://sims.fandom.com/wiki/User:EpicJoyBoy?oldid=625997"
Community content is available under CC-BY-SA unless otherwise noted.