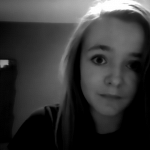 Hey :D I'm Emiluh, a.k.a Emily, I'm 14, and I live in Finland, although English is my first language.

I'm an avid Simmer, Potterhead and Panemaniac, and I also edit the Surviving High School wiki quite a bit. Most of my edits have to do with grammar and wording, that sorta stuff, 'cause bad grammar completely kills me. I don't mind it if it's on, like, a personal page (similar to this) or in a chat room, but it pains me if I see it on something like a brochure or internet article.

I spend most of my life on the internet (don't we all), but I also play quite a bit of Table Tennis and Handball:3 I'm a bit of a nerd to be honest, I spend a lot of time on schoolwork and I've got a crazy undying love for Anthropology, so in the future I want to study HSPS (Human, Social and Political Sciences) at Cambridge Uni.. in Cambridge;D I do lots of music-y stuff too, I play the guitar, piano, and I'm in numerous choirs and ensembles, including a bad-ass Samba Band- we're actually awesome, we're going on tour to Brazil in 2014 ;D

I'm also a bit of a languages swot as you can see from my userboxes. I grew up speaking English, but my Finnish is just as good as my English is. I'm pretty good at French, maybe not quite as good at German and Swedish, and I've also taught myself some Russian, 'cause it sounds totally awesome and I have a 'thing' for Russian people:') I'd also like to try learning Dutch, and maybe another Slavonic language, as I think they sound nice:3 And I find Icelandic intriguing, but apparently it's, like, impossible to learn since they've been cut off from most other languages, being an island and all that.

Retrieved from "https://sims.fandom.com/wiki/User:Emiluh?oldid=442182"
Community content is available under CC-BY-SA unless otherwise noted.