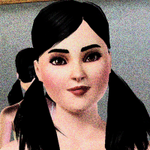 Absent
This user will be absent from 04 August 2011 to unknown due to some unknown problems and their wrath?.

"It is really one of the most awesome games i've ever played !!"

That could be my first impression for The Sims series. Yes, i'm not lying. I believe everyone would have said the same thing. Exactly the same thing, right?

It was maybe in the middle of 2008, when i FIRSTLY heard about a game called The Sims from one of my classmates. No joke, guys.. i'm maybe this silly person who lost in 20th century. I'm an old gamer, however. I started playing many games since i was 3. It was the game bot or whatever in 1997, then SEGA console in 1998, PS1 in 1999, and some other gaming stuff until i came into my first lappie in 2002. There weren't so many good games in the lappie, so then i occupied myself much more on writing and playing PS1 in the other time. My parents had stopped buying me PS1 game CDs in 2002, so i had to enjoy all my old PS1 games.

Probably in 2005, my father bought a complete set of PC for me and my brother. I was so glad that finally i had something really entertaining at home. I learnt everything about computerization, together with my brother, and now computer is being one piece of my life. After the PC, i almost forgot about my old PS1, because there were actually so many new PC games to enjoy. Well, i like strategy and racing game for the most.

Back to the middle of 2008, i remembered looking at my friends building a house in The Sims 2. They also made a family, and named it with their names. I kept watching them, and i thought the game was wonderful, but i hadn't decided to try it yet. In the beginning of 2009, my brother showed me The Sims 2 Deluxe Edition he just installed on his lappie. I tried to play, and i didn't understand anything at all. I understood about the purpose of the game, play with life. I just didn't know how far it came to our real life. I felt really stupid and excited at the same time.

The game is really great and i was addicted ever since. We can make our own family, build and decorate our own house, oh.. even the town. The simulation person is realistic and yeah.. the furniture and everything are good too. I played The Sims 2 for almost 5 months, and i stopped because of the national exams. I was really sad that my parents asked my brother to remove the game because my score at school was getting worse. I didn't think it was completely caused by the game.

Not long before that, i had heard about the new The Sims 3, which allows the player to interact and visit all over the town. Yeah, that's brilliant.. knowing that we aren't able to do such thing in The Sims 2. I don't mean to compare both, cause they have their own plus and minus. I decided to play The Sims 3 ever since, and now i've collected all the expansions.

I was born in Jogjakarta, a quite dense city in Southwestern Indonesia, one of the most beautiful cities in Indonesia. I'm female, and this year i will be 17. I'm about 165 cm height, and i'm native Indonesian. I speak Indonesian, English, Javanese, Sundanese, and a bit Japanese.

I spent my whole childhood in Bengkulu, and i moved to Bandung and live there until today when i was 4. I went on a trip to my hometown each year. I used to play with doll a bit, and a lot with cars and vehicle toys. I was into very much on building something, and i liked building mini racing circuit with my brother. Maybe that was why i like cars racing very much.

I also like writing and reading. Writing is my lifetime hobby, that i once had a dream to become an inspiring writer. I enjoy reading books, especially fiction novels, comics, and some textbooks. I started writing on a paper, and i also made kinda horrible comics when i was 7. Well, i'm really bad at drawing.

Consider making comics was kinda frustrating, i started typing short story on my father's lappie. It had reached almost 1000 pages, and my brother really liked my stories. Unfortunately, the file was deleted when my father decided to buy us a new PC, and i didn't write much afterwards.

I used to bicycle around my neighborhood at evenings, and watch cartoon 'till the time to work on homework and study. My parents have made me do some chores like sweeping, mopping, washing up and a bit cooking.

Those wishes will give me huge amount of imaginary lifetime rewards, and i have promised to achieve them anyway. Wish me luck, guys !

I am.. certainly a social person, that i get lonely very-very easily. I’ve tasted various kind of friendships, rivalries, hatred, enemies, and no.. not the romances—not yet, maybe. I have these friendly and good traits, causing i’m being one pacifier living on earth. I’m pretty ambitious as well as i’m lively, that i promise to get everything i really want, no matter what. I like dangers and risky things, but not the killing ones. I’m perfectionist, that i will try to do everything perfectly, in my way. I’m also very excitable and too expressive, that sometimes i will slightly have no difference with crazies.

I like writing and reading books, but i ain’t a bookworm. I have Grow Up aspiration, which later will most likely be Knowledge aspiration after my 20th birthday. Though i’m excitable, i have tendency to feel grumpy, especially when i’m in a great mood swing and life goes unfairly. I can be a real idiot when facing heartbreaking situations. Apart from that, i’m a very understanding and sympathetic person you may ever have. I enjoy jokes very much, but i have hard time dealing with humiliating jokes. I dislike traitors, rude people, libels, and anyone who’s hurt me with no particular reasons. I might turn into a real annoying person when involved in confrontation with people i dislike. For me, there’s nothing to be afraid when we’re struggling over righteous and lawful truth.

I love cats and hamsters terribly much. I also enjoy music, bicycling, photography, and culinary. What’s next? Well.. i’m afraid of cockroaches and bees, as i ever had really bad experience in the past about them. I’m interested in investigating supernatural activities, but just in the realm of knowledge. And.. i have strong phobia of blood, that i definitely would fall unconscious when seeing this thing too much, like, everywhere. So please.. don’t kill me with showing any bloody things, anyhow.

In case we are talking about The Sims, these are sites i like to visit :

Out of all above, i like to visit these sites :

The Sims Game I OwnEdit

I haven't downloaded any mods or anything so far, because i've enough enjoyed playing those. And... i also have The Sims Medieval, but haven't thought of installing it since it's a stand-alone game.

I have played Vangaard family for estimatedly 1 year with long sim lifespan. Now, the family has spreaded to great-great-grandchildren generations. There are some particular inherited traits, like Genius, Neat and Brave traits, and also gardening and cooking are must-have skills for all particular Vangaard generations.

Here are some users i consider as friend (sorted alphabetically):

I don't know about this, but i let you fill in this list with your name if you consider me as ENNEMEE !!!

Here are some screen shots i took when encountering ridiculous bugs. Don't take it too seriously, they're just things to laugh at. 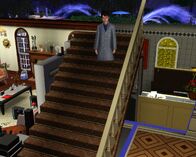 Stuck in a staircase when going downstair. 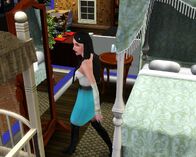 She looks really weird and creepy! 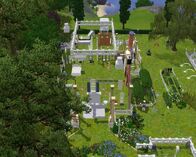 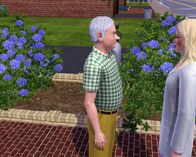 I think this Sim's nose has gone really wrong. 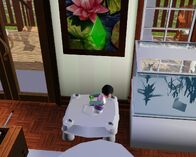 This little boy will do good in acrobatic academy
Add an image to this gallery
Retrieved from "https://sims.fandom.com/wiki/User:DeVgard07?oldid=635799"
Community content is available under CC-BY-SA unless otherwise noted.