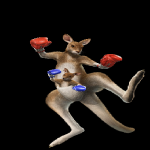 Hello everyone my name is Darryn, but I am known as Dary or Daryurian, and I am an editor on the Sims wiki. My earliest memory of the Sims series games was in the year 2003/2004 when I played the first Sims game. I mostly watched my older brother play the game, as he was a larger fan of the series than me at the time. I would only properly play it in 2004 around the end of the first games lifespan and I instantly fell in love with its charm, lore, world and the prospect of making a family in a virtual world which was intriguing to my creative and young mind. Afterwards, around three years later, I played the Sims 2 and it would eventually become my favourite in the Sims series solely because I enjoy how it improved upon what the first game offered and it was fun, entertaining, charming and generally a pleasure to play which I did a lot on my old computer back then. Eventually in the year 2009 I played the Sims 3 and I fell in love with the series again. I loved the open world, intense customization and the level of depth that was put in the third game, which made me a instant fan of the series again. I played the game so heavily that I lost count of the amount of hours I spent playing it (I lie it was around 5000 hours). I then played the Sims 4 and I prefer not to comment on that game to soil this great representation of the series (I think that game is garbage btw). That is my history regarding the series and I hope to see you on this wiki either editing or talking. Regards. Daryurian.

*I am 21 years old. *I live in South Africa. *My Zodiac sign is the Capricorn. *I equally play both the Sims 3 and 2 and love both games, although I am more of a Sims 2 fan cause I think it is the better game. *I have all of the Sims 1 expansion packs, most of the Sims 2 expansion packs and all of the Sims 3 expansion packs and most of the Sims 4 expansion packs. *I love Crash Bandicoot, Harry Potter, Assassins Creed, Mass Effect, Lord of the Rings, Street Fighter, Age of Empires, Metal Gear Solid, The Witcher, Tekken and of course The Sims. *I love Autumn, and I love the leaves unlike a certain User,User:C.Syde65. *I love drawing, writing creating characters, playing musical instruments and reading books. *My favourite music is hard rock. *I am a Ravenclaw. *I can speak three languages: English, Afrikaans and Spanish and write in one: Dutch. *I have a Baritone vocal range. *My favourite foods are pizza and chicken. Inspired by User:C.Syde65 About me section on his user profile page.

Retrieved from "https://sims.fandom.com/wiki/User:Daryurian18?oldid=900996"
Community content is available under CC-BY-SA unless otherwise noted.