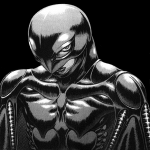 Welcome to my lair, just don't step on the bones.  I've been on this wiki for what seems like a lifetime, and I plan on being here for many more lifetimes, and for months before I even registered. Hence I am a WikiCat, and I like to pounce on things.

The most important hobby/passion of mine is writing.  On February 20th, 2015, a week afer my 17th birthday, I published my very first novel.

Me as a person; I'm mixed with Mexican and Filipino.

I am known to take different projects; wikis that are in need of articles and information. I founded The Godville Wiki on Thursday, October 6th, 2011.  Although for now, I've been inactive on all wikis I'm a part of.  With school and work, I barely have any time left, but I always end up here again sooner or later.

This is your friendly former Administrator, DarthCookie

I've come a long way, in October it'll be nine years since I joined.

Retrieved from "https://sims.fandom.com/wiki/User:DarthCookie?oldid=796676"
Community content is available under CC-BY-SA unless otherwise noted.