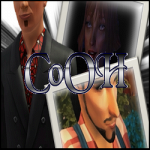 Break System Entertainment is a company belong to insane twin sisters that produce stories in multimedia formats. Our current focus is in Sims Machinima. We are associated with Aldohyde Productions, another Sims Producer.

The Chronicles of Old HavenEdit

The Chronicles of Old Haven are a collection of events about the canon Sims story being influenced the BSE Sims Fanon. An strange event that killed off a canon family from the Sims 1 has somehow disturbed the normal chronology of the Sim World, causing it to become unstable. Something must be done before the Sims World collapses.

The story begins in the beginnings of the Sims 1 game, following the introductions of Claire Charming and Elden Hick. Apparently, the township of Sunset Valley and the countryside Riverview have been merged into Old Town for various speculated, but unconfirmed reasons, but the ongoing conflict of the residences destroys any peace of the once idyllic neighborhoods. As this war of different societies clash, a greater threat emerges as a ghost of the Bachelors' past is scheming his way to change the Sim World.

A spin off of CoOH, A Hero's Tale depicts a incredible event that influences the main CoOH plot line concerning the BSE Sim World Watcher. The story stars Hero Monty during her days in Veronaville and her involvement with the Monty-Capp feud, when a strange Sim appears and apparently shows her a greater problem is happening that calls Hero to resolve it.

Ajay Loner has two hobbies: counting grains of sand to pass the time, and spying on the residents of the infamous Strangetown. When John Mole is contacted to search for Bella Goth, he sends his agent Ajay Loner to Strangetown to locate her. However, Loner quickly discovers a multitude of plots that could lead a possible Apocalypse beyond anysim's imagination.

Anyone interested, or wants to promote one of their own Sim's Tale, check us out or even join us at

The Goth Family: A similious Addams family remake with style and comic finesse. They are the fuel behind most of my Sim stories.

Retrieved from "https://sims.fandom.com/wiki/User:Breaksystembsims?oldid=493925"
Community content is available under CC-BY-SA unless otherwise noted.