The Sims Wiki
Register
Don't have an account?
Sign In
Advertisement
in: Games, Online games, The Sims Social, Shut down games
English

The Sims Social was a free game but also has premium content inside. A mobile application for smartphones was also in development as a companion app to the Facebook version, which was to be available on the current generation of smartphones.[citation needed]

On April 15, 2013, EA announced that it would shut down The Sims Social, along with other Facebook games on June 14, 2013 due to lack of popularity.[1] Another reason for the termination of The Sims Social is for EA to be able to reallocate its servers and other such resources.[2]

The Sims Social brings all the freedom, fun, and creativity of The Sims to Facebook! Create customized Sims with their own unique characters, ambitions, and friends. Your Sim’s friends—and enemies—are your real friends and the deeper your relationships, the further you get in the game! Build your Sim a perfect home and fulfill their wishes to live out their dreams. Control every aspect of their social life, make friends or fight, love or betray, play nice or be mean, share a first kiss or woohoo! Play with life in a whole new way—with your friends, for free!

Littlehaven Shores is a place in Littlehaven, which introduced with its Vacation Home. Land in the shores is sandy, and of course, had a beach view, with its seashells, driftwoods, and palm leaves.

These are known available main characters in The Sims Social, especially Littlehaven:[3]

Not Appeared in Game[]

Personality is a feature in The Sims Social, which is similar to aspiration in The Sims 2, but different from the traits in the game itself. Players can choose their Sim's personality at the beginning of the game.

Traits are a feature in The Sims Social, which are similar to traits at The Sims 3.

The Sims Social has a lot types of Sim relationships. Sims are able to make friends, enemies, lovers, with each other.

Game level shows a player's progress in the game. It can be leveled up by earning experience points (XP).

House Value Level is value of the items/objects the player contains on their lot and storage. Whenever buying an item, the household level increases. Household level determines a Sim's wealth.

Quest is a feature in The Sims Social. Completing quests will give the player bonus rewards, such as Simoleons, XP, Lifetime Points, or unlocking of special items or additional quests.

Skill is a feature in The Sims Social, which exist in all of The Sims games.

Careers were added to the game on 22 March 2012. They are similar to careers in the main titles.

The Sims Social has more than one currency, they are: Simoleon, SimCash, and Social Point.

Besides those currency there are other goods that can be collected to act like a type of 'currency', that could be called 'units'.

Here are a few easter eggs on The Sims Social:

A preview of one of the houses from The Sims Social on their Facebook page, before the game released.

Special package to be sent to your friends.

A newsletter on Medieval Week about 'The Great Dragon Tower'.

A vacation home near the beach.

A Sim sleeping on bed.

The render as of The Sims Social shutdown 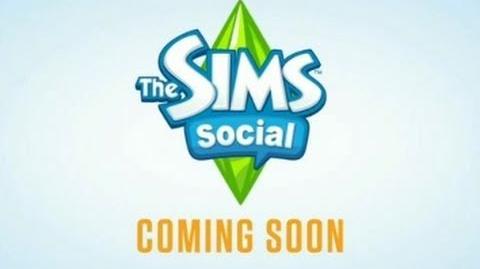 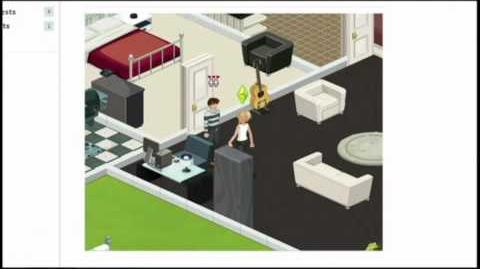 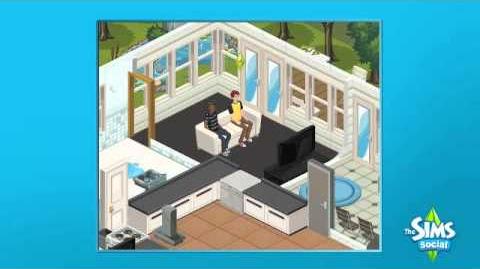 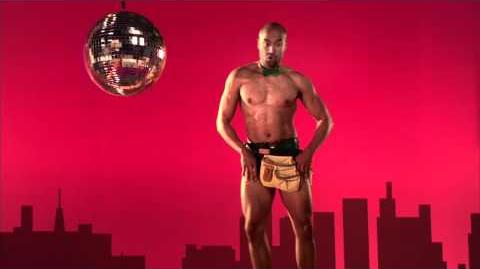 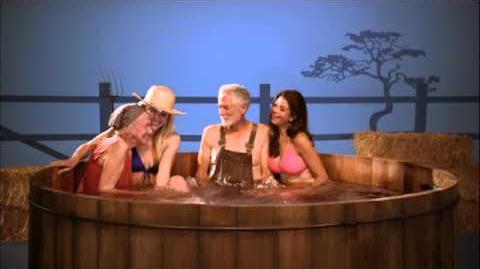