The Sims Wiki
Register
Don't have an account?
Sign In
Advertisement
in: Games, The Sims Stories, Pet Stories
English 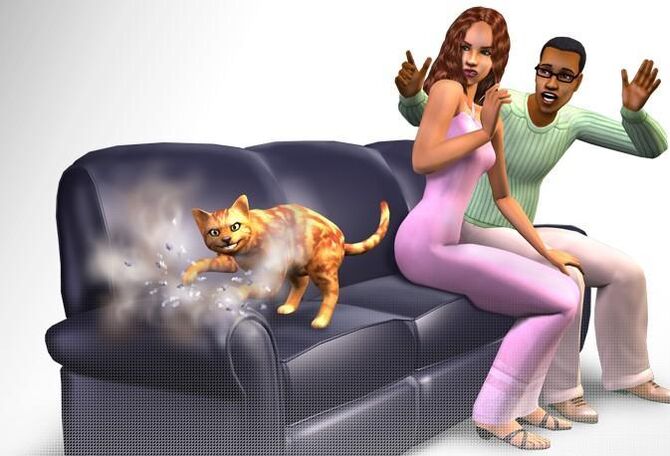 The Sims Pet Stories
A game from The Sims Stories

The Sims Pet Stories is the second game in The Sims Stories product line, developed by Maxis and EA Games. It was released on June 15, 2007.

The main character in Best in Show is Alice Whitt while Stephen Loyal is the main character in Midnight Masquerade. As in The Sims Life Stories, the game is mostly about being directed to perform tasks that the player has to follow for their stories to unfold (Each story has 12 chapters). The game also challenges Sims to care for and train pets, similar to The Sims 2: Pets but unlike The Sims 2: Pets, The Sims Pet Stories doesn't feature werewolves. There is also a Free Play mode that has no story to follow. After you complete the stories you can continue to play as you wish.

The Sims Pet Stories is the second game in the all-new game series called The Sims Stories. Train, play, and care for your cats and dogs, and count on many unexpected twists and turns in this easy-to-play, laptop-friendly version of The Sims. The Sims Pet Stories features two great ways to play. In the new and engaging directed Story mode, you take on a variety of challenges as you compete for 1st place in a local pet show and learn to tame a variety of pet personalities. You even unlock rewards along the way as you achieve set goals. In open-ended Classic mode, you create your Sims and their pets, design their homes, and teach your pets tricks. You decide how their stories unfold.

Garden Heights, where Alice's Story, Best in Show takes place.
Alice Whitt has inherited her grandparents' house. Recently she's moved back to Garden Heights to take ownership of the property, but money problems have put her on the verge of financial ruin. A starving artist, she hasn't been able to make ends meet every month, but she is determined to make a better life for herself and her dog, Sam. She may be forced to move if she doesn't come up with the simoleons to pay her taxes. Her friends Amaya and Thomas are there to help, but ultimately Alice must find a way to save her house!

Mesa Flats, where Stephen's Story, Midnight Masquerade takes place.
Stephen Loyal is an accomplished SimCity chef who leads a quiet and ordered life in the desert suburb of Mesa Flats. Lately he's been unusually busy getting ready for his cousin's wedding and helping his employer Julianne cater the annual Mesa Flats Midnight Masquerade ball. Little does Stephen know that his life is about to get turned upside down...

Arbor Falls, a Free-Play mode neighborhood
Arbor Falls is a pleasant resort-style town nestled into the mountains of SimCity. The homes are modest one- to two- story houses usually surrounded by hills, trees and businesses. A fun-loving family town, Arbor Falls has become the location of choice for go-getters and trendsetters everywhere!

Characters in Best in Show[]

The main character in Best in Show who lives in Garden Heights. She owns a Dalmatian named Sam and is facing eviction in two weeks if she fails to pay her debt of §120,000 to her landowner Diana DeBore. Therefore, she enters Sam in the local dog show in order to win the cash prize and pay off her debt.

Alice's pet Dalmatian. Despite his behavioral problems, he has the heart of a champion in him. Towards the end of the story, Sam wins the Garden Heights Dog Show and he and Lucy Jones have puppies together.

A greedy lady and philanthropist who is determined to evict Alice and tear down her house. She also happens to be the owner of the reigning champion of the dog show, Precious. Throughout the story, she takes pleasure in taunting Alice about the foreclosure. However, at the championship, Precious falls from an obstacle and is disqualified. Instead, Alice and Sam win the competition, and Diana is arrested for several convictions.

Diana's pet poodle who is the reigning champion of the Garden Heights Dog Show. At the end of the story, Precious fails a particular obstacle and is immediately disqualified allowing Alice and Sam to take the victory.

Alice's best friend. She provides moral support and advice to Alice throughout the story.

A mysterious man who is rumored to be a remarkable pet trainer. He is the master of "The Way of the Paw".

Otis' pet dog. He begins an unusual relationship with Sam when Alice learns "The Way of the Paw". Before the release of the game, he was called Milo.

A friend of Alice. They steadily develop a relationship throughout the story.

Thomas' pet dog. She and Sam Whitt get along well and have puppies at the end of the story.

One of Diana DeBore's henchmen. He is very loyal and is later defeated in a fight by Thomas Jones.

Brock's pet cat. Won a fight against Meat Grinder sometime before the events of Best in Show.

The main character in Midnight Masquerade, who lives in Mesa Flats. He's an executive chef who promises to look after his cousin Celeste's pet cat, Diva, to make up for missing her wedding. Meanwhile, he must prepare the catering and centerpiece for the annual Midnight Masquerade. During the course of the story, Stephen meets Rachel and Erin and dates both of them several times. Gordon Fetching, a mysterious newcomer to town is trying to steal both women and is constantly wrecking Stephen's dates and making his life a misery. At the end of the story, Gordon is arrested and Stephen is declared "King of the Midnight Masquerade". The player is then left with the option of which woman will be his Queen.

The cat who moves in with Stephen. Diva causes mischief by scratching Stephen's furniture and eating food off the counter, but ultimately turns out to be lovable.

Gordon is introduced as the best man of Damien, he is also the main antagonist of the story. He has a natural ability to attract women and is constantly ruining Stephen's dates. At the end of the story, he is revealed to be a con man from Arbor Falls and his last name is revealed to be "Schickel". After being declared "King of the Midnight Masquerade" Gordon and his henchman are arrested and Stephen is declared the new masquerade King.

Gordon's henchman. He first appears during one of Stephen's dates and attacks (and is defeated by) James Briggs. At the Midnight Masquerade he sits on the rooftop and Stephen disguises himself as Gordon to beguile information from him.

The owner of Diva and Stephen's cousin. Celeste requests Stephen to look after her cat during her honeymoon after he misses her wedding at the beginning of the story. She does not appear again after the first chapter, but she does send cat toys for Diva to Stephen and after completion of the story she sends an email saying that she and her husband are going on a cruise and that Stephen may keep the cat.

Julianne Charlot is Stephen's employer. She entrusts him to make Salad, Lobster Thermidor and an Ice Sculpture (a role usually reserved for herself) for the Mesa Flats Midnight Masquerade. She appears to collect these things and is also the host of the Midnight Masquerade.

James Briggs is Stephen's best friend. He is also a police officer who tries to track down a con man lurking in Mesa Flats.

Sal Zugovich is Stephen's friend and owner of the local art gallery and restaurant.

A potential love interest for Stephen. She attended Celeste's wedding and met Stephen. She loves dancing and she dances whenever there's an opportunity to do so.

Potential love interest for Stephen. She is introduced as Celeste's friend and arrives to deliver Diva to Stephen. She is an artist and has vast knowledge about domesticated animals.

Erin's pet dog. He chases Diva causing a meeting between Stephen and Erin.

Tracy Kosmokos is Celeste's bridesmaid. Not a story character, she leaves the game at pretty much her first opportunity. Her portrait indicates she is a mail carrier.

Hailey Long is one of Gordon Fetching's girlfriends, and is seen falling in love with him after he flirts with her. Her outfit indicates that she is a repair specialist, and oddly she has the Elder female body shape when she appears in the game; however, when checked in SimPE she is an Adult, and wearing a different outfit.

An unused screenshot from Best in Show with a few differences to the version used in-game. 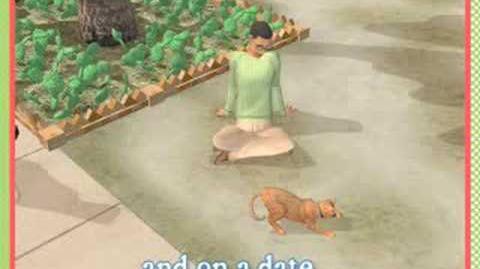 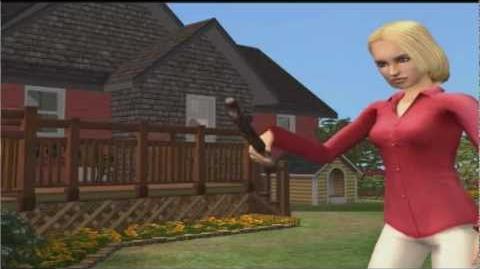