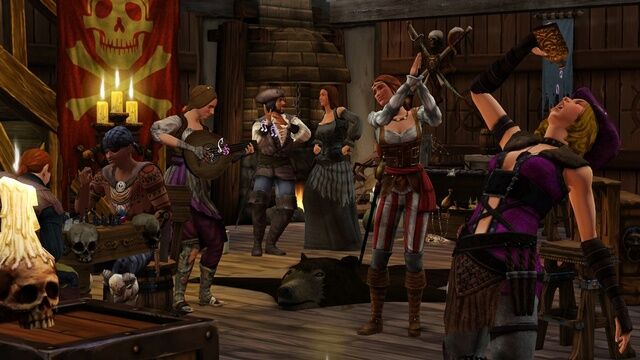 The description on the official site reads: "The Sims Medieval Pirates & Nobles Adventure Pack introduces new quests, treasure hunting, and hundreds of new objects for your medieval kingdom! Your epic story starts when the Pirates of Aarbyville and the Nobles of Tredony arrive in your kingdom, followed quickly by sword fights, love affairs, grand adventures and mysteries. Go treasure hunting to uncover hidden objects. Embark on new quests to help your kingdom achieve a new ambition. Stylize your kingdom and Sims with new pirate and nobility themed objects and wardrobe. The fun never ends with this new adventure pack!"[1]

Outside the pirate ship.

A pirate on the throne.

A noble on the throne.

A pirate digging for treasure to find a surprise... 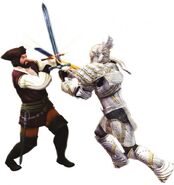 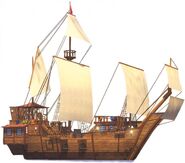 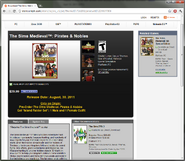 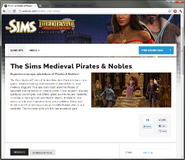 Pirates & Nobles EA.com product page (Note that there is no Colon ":" in the title) 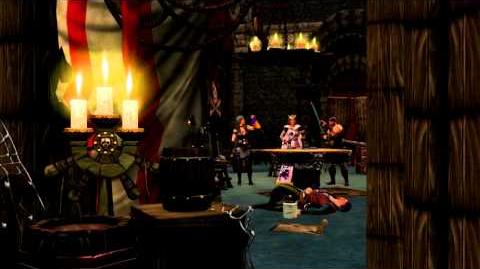 The Sims Medieval Pirates and Nobles