The Sims Wiki
Register
Don't have an account?
Sign In
Advertisement
in: Console games in The Sims series, Games, The Sims 4 (console), The Sims 4
English 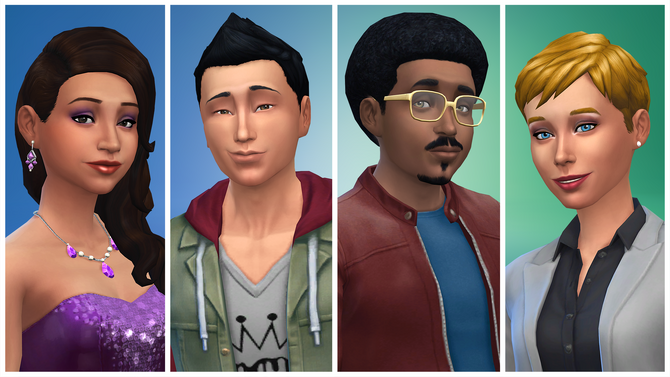 The Sims 4
Ninth console title in The Sims series

The Sims 4 is a console game released for Xbox One and PlayStation 4 on November 17, 2017.[2] The game provides the full base game, as well as content packs, similar to that of the PC version.[3][4][5] The game is also playable via Xbox Series X/S and PlayStation 5 via backwards compatability.

Since the release of the game, downloadable content has been released for The Sims 4, which are exactly the same as their PC counterparts.

The Sims 4 for consoles was released on November 17, 2017. Unlike previous console releases in the series, The Sims 4 for consoles is a conversion of the original PC version rather than a separate game developed specifically for consoles, thereby sharing much of the same gameplay and feature set as the original release; certain features such as community sharing are absent, however. In addition, many of the cheats for the PC release will also work on console, and can be invoked by holding all four shoulder buttons on the joypad.[8] The Gallery was added to both the PS4 and Xbox versions on January 16, 2020. PS Plus or Xbox Live Gold subscriptions are not required to access the Gallery; only an EA account is required. Console players are freely able to share content with PC and Mac players, and vice versa.[9]

The Sims 4 Xbox One and PS4 Official Trailer