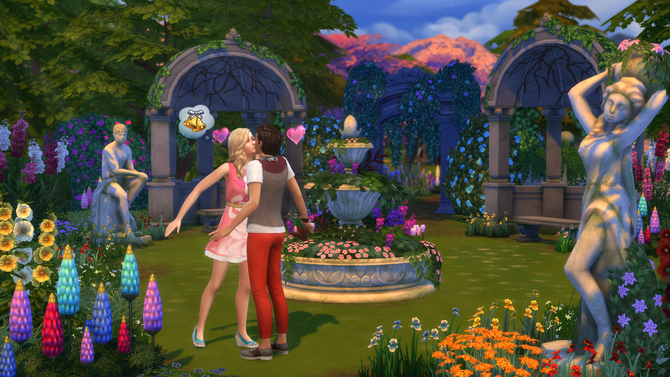 The Sims 4: Romantic Garden Stuff is the sixth stuff pack for The Sims 4. It was announced on February 2, 2016 and released on February 9, 2016.[1] The pack includes a luscious variety of floras and plants as well as furniture with vines growing up them. The two new gameplay features in this pack are the "Fountain of Gluteus Maximus" fountain object and the re-introduction of the wishing well object, previously found in The Sims 2: Seasons and The Sims 3 Store, which grants the wishes of Sims with fifty-four outcomes. It adds the pre-built National Park venue Lost Gardens of Healing.

The console version was released on February 6, 2018.

Build a lush Victorian garden for your Sims and get ready for romance with The Sims™ 4 Romantic Garden Stuff. Set the mood with romantic, floral fashions for your Sims and share a playful moment by the magnificent water fountain. Then head over to the Wishing Well, toss in a coin, and see if your Sim's deepest desires come true.

Build a Victorian-inspired garden. Use a variety of stunning flowers, moss covered statues, and ivy-wrapped arches to create a romantic garden space for your Sims.

Discover the Wishing Well. Toss in a coin and make a wish. With a bit of luck, Sims could be granted eternal youth, extravagant riches, or even the love of their life. But be careful! Sims may not always get what they wish for...

Splash in the water fountain. This magnificent garden centerpiece is also a great spot for your Sims to enjoy each other’s company. Feeling playful? Jump in and splash around, or add soap for a bubbling good time!

Dress in modern floral fashions. Add a touch of floral fun to your Sim's wardrobe with romantic, modern fashions and hairstyles.

Add an image to this gallery
<gallery widths="173" orientation="none"> 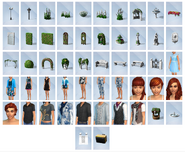 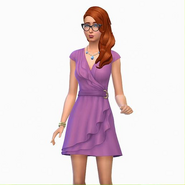 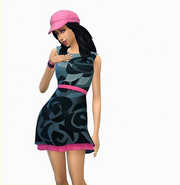 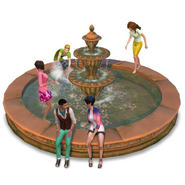 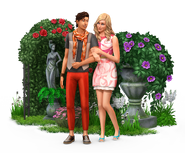 Retrieved from "https://sims.fandom.com/wiki/The_Sims_4:_Romantic_Garden_Stuff?oldid=939286"
Community content is available under CC-BY-SA unless otherwise noted.