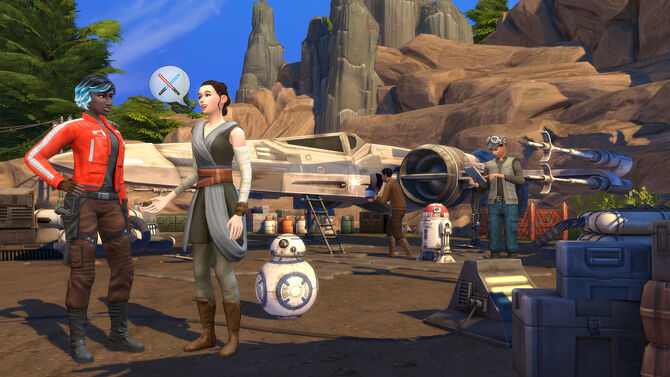 Unite with Iconic Characters – Completing missions earns reputation points and helps them get closer to meeting the leaders of the forces on Batuu. Depending on the choices they make, Sims will unite with iconic Star Wars characters, including Rey and Vi Moradi (Resistance), Kylo Ren (First Order) or Hondo Ohnaka (scoundrels). 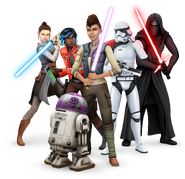 Retrieved from "https://sims.fandom.com/wiki/The_Sims_4:_Journey_to_Batuu?oldid=927995"
Community content is available under CC-BY-SA unless otherwise noted.