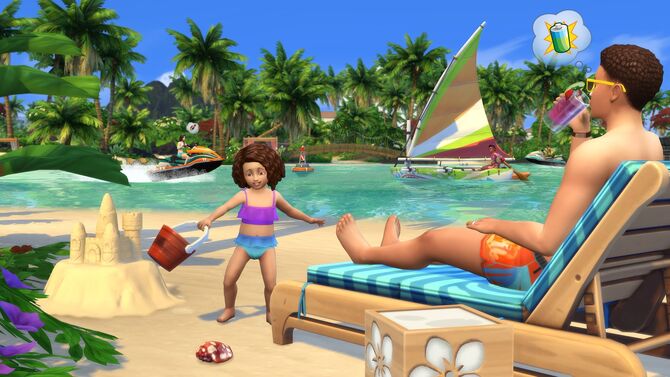 The Sims 4: Island Living is the seventh expansion pack for The Sims 4. Its official description alongside various images were accidentally leaked by EA in Origin on June 7, 2019, essentially confirming the earlier rumors and leaks to be true.[1] The expansion pack was officially announced during EA Play on June 8, 2019 and released on June 21, 2019 for PC and Mac. The PS4 and Xbox One versions were released on July 16, 2019.[2] It is a spiritual successor to The Sims 3: Island Paradise, with some elements of Vacation Island from The Sims: Vacation, Felicity Island and Wanmami Island from The Sims: Castaway Stories, Twikkii Island from The Sims 2: Bon Voyage and the downloadable world Sunlit Tides from The Sims 3 Store.

Retrieved from "https://sims.fandom.com/wiki/The_Sims_4:_Island_Living?oldid=924504"
Community content is available under CC-BY-SA unless otherwise noted.