The Sims Wiki
Register
Don't have an account?
Sign In
Advertisement
in: The Sims 3, Mobile games, Shut down games
English

For other versions, see The Sims 3 (disambiguation).

The Sims 3 is a discontinued mobile game for smartphones. The objective of this game is to unlock and complete wishes for the playable Sim. To see what wishes the player's Sim has completed, they have to go to/go back to the main menu and tap Goal Checklist. There are 73 goals in the game.

From the best-selling PC franchise in history, EA Mobile has released The Sims™ 3 as an iPhone™/ iPod® touch game! Direct the lives of your Sims using touch and accelerometer controls while exploring the 3D neighborhood. Customize their looks & personality. Give them big browns or baby blues. Cover their head in curls or have them sport a mohawk. Make them Neurotic, Funny, or Shy. Choose their career. Take them fishing. Watch as they fall in love. With The Sims 3, THE POSSIBILITIES ARE ENDLESS!

LONG LIVE THE SIMS! Enjoy hours of fun on your Android device as you shape your Sims and their world. The possibilities are endless!

Can’t get enough of The Sims? Download and play The Sims FreePlay to continue living large!

Live it up with The Sims 3!

CREATE YOUR OWN SIM

Will your Sims be neurotic, funny or shy? Choose appearances, clothing, personality traits, and accessories, and bring your Sims to life! Make your Sims flirtatious or total jerks! If your Sims are the solitary kinds, head to the lake and go fishing (make sure to bring a pole, though).[5][6]

Differences between the computer version and this version[]

On November 6, 2009, EA announced the release of a vampire theme pack for the iPhone. The pack included Live it or Wear it Sets with Vampires and Werewolves, Castle and Campus Life themes. “Live it” sets contain car, furniture, decoration, wallpaper, and flooring. “Wear it” sets contain clothing, new Create-A-Sim options, and hair styles.[7]

The game had 2 expansion packs released for it, World Adventures and Ambitions, both of which were only available for iPhone, BlackBerry OS and Windows Mobile/Phone devices. They are all in someway related to the corresponding expansion packs for the computer version.

There are 4 different minigames in the game:

This cheat only works for the iPhone version of the game: At Gardening Tips in Help & About, shake your device. You'll see a large green simoleon symbol appear on the device's screen. You will receive §500 from this and each time you do it.

In the iPhone and Android versions of the game, the only way to make the player's house bigger is to upgrade it through a message that pops up on the player's device screen or (after the message appears and is dismissed) by tapping the build mode icon at the bottom left corner of the screen and then tapping "Upgrade house".[confirmation needed]. There are 3 housing updates:

The game and expansion packs were discontinued and removed from sale on August 11, 2017.[confirmation needed] As of 2022, the reason for the removals is currently unknown. The game can still be played if it was previously installed or downloaded from unofficial sources. It is unknown if the expansion packs can still be played.[confirmation needed] 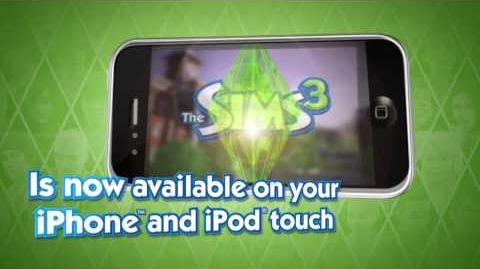