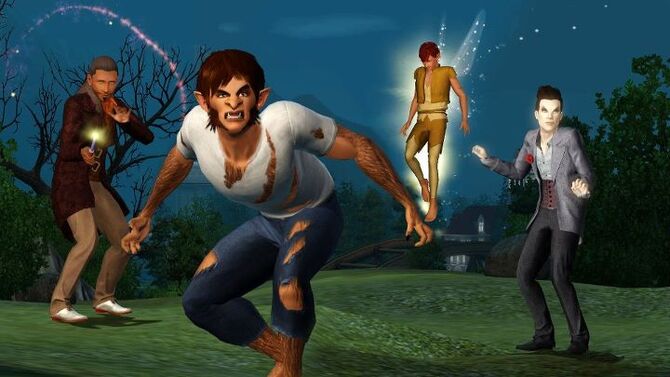 The Sims 3: Supernatural
Expansion Pack for

The Sims 3: Supernatural is the seventh expansion pack for The Sims 3. Supernatural introduces several new life states, and explores how they behave and interact. It also introduces other mythical features, such as a lunar cycle and alchemy.

Enter the mysterious town of Moonlight Falls where strange things happen by the light of the moon. Create supernatural beings from menacing werewolves and cackling witches, to mischievous fairies and more intriguing vampires. Then stalk the night, use your wand to cast spells, or just stay home and claw the furniture and more. You can mix dozens of elixirs from turning Sims into zombies to transforming them into gold. Share your enchanted brews with any friends who have The Sims 3! Spooky surprises are in store for you in the world of The Sims 3 Supernatural!

Ability to create supernaturals (except for Zombies.)[TS3:ST]

There are a total of 226 objects in this pack, including debug objects and lifetime reward objects, excluding spawners. A few of them are reintroduced from The Sims, The Sims 2 and their packs.

Most of these options will appear in Patch 38. All social options require an internet connection.

A Sim must have at least level 7 of Writing skill

In addition to the normal edition, there are two other editions which include exclusive content.

It comes with exclusive content from Plants vs. Zombies

On an Origin listing, the description about limited edition objects says:

The Peashooter helps to protect the lot from zombies, but a Sim can "Play Catch" with the peashooter at any time.

It comes with the Origin Décor objects which are exclusive Plants vs. Zombies décor items. It also includes the limited edition contents. However, this edition is available only if preordered.

On an Origin listing, the description about Origin Décor edition objects says:

The Sims 3 Plus Supernatural

It is a combined pack which includes the base game and the normal edition of the pack.[14]

A Fortune Teller and a vampire.

A group of Fairies.

A Wizard talking into a magic mirror while a ghost discovers his lair.

A Zombie sneaking up to a sim while he is making Elixers.

Zombies and the decor pack.

A werewolf pack during a full moon.

A Werewolf Transforming during a full moon.

Even Werewolves can find romance in The Sims 3 Supernatural!

Two cornerstone families in Moonlight Falls are the Van Goulds and Wolffs.

A ghost Family with their human roommate.

Werewolf in the forest. 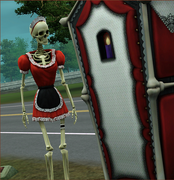 Bonehilda and her "Living Quarter" 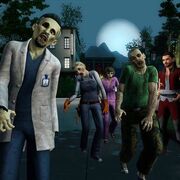 Vampire in a graveyard!

Vampire about to bite a Sim 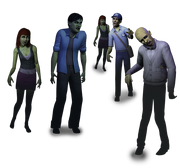 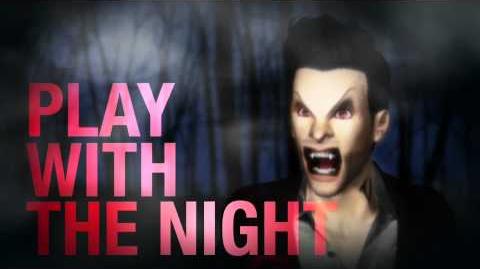 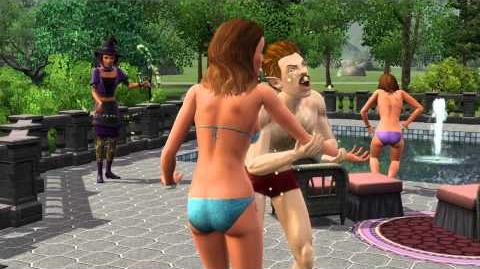 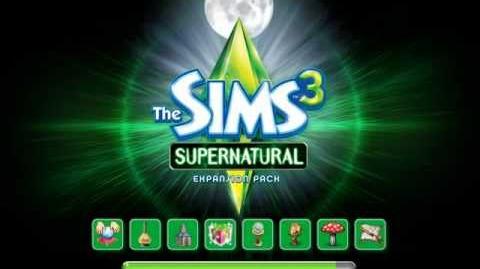 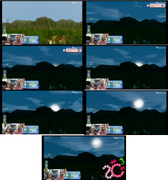 Fairy in CAS
Add an image to this gallery

It was first rumored by Sims.Mixei.ru as they found objects relating to the expansion pack in patch 1.32. On June 11, 2012, EA Russia uploaded a trailer of the pack but EA removed it the next day.

View past articles · Vote on future Featured Articles · Other Featured Content
Retrieved from "https://sims.fandom.com/wiki/The_Sims_3:_Supernatural?oldid=889923"
Community content is available under CC-BY-SA unless otherwise noted.