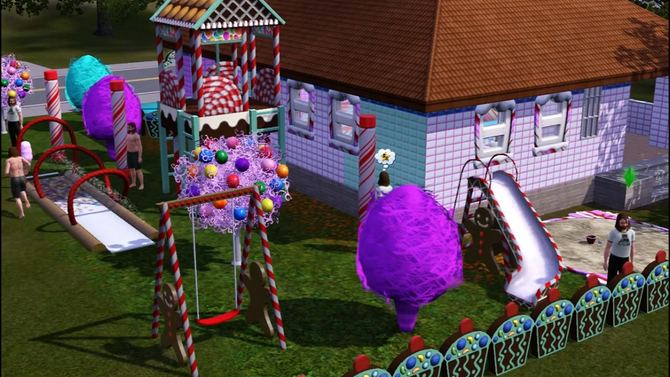 The Sims 3: Katy Perry's Sweet Treats is the sixth stuff pack for The Sims 3. It was released in North America on June 5, 2012.

Indulge your Sims with the sweet and vibrant style of Katy Perry. The Sims™ 3 Katy Perry’s Sweet Treats pack showcases a vast range of décor items, furniture, and, of course, fabulous fashions and hairstyles! Inspired by Katy’s real-life clothing and props, these fun furnishings, décor, and fashions will add a dash of sweet style to your Sims’ lives. Packed with more stuff than you have ever seen, your Sims will also enjoy three all-new spectacular venues including a local hangout, a town park, and a neighborhood swimming pool—each decked out in delicious Katy Perry style!

Sweet Treats was first discovered as the 6th stuff pack from a South African gaming retailer at the start of 2012. It was announced on April 3, 2012[3] and was released on June 8, 2012 in North America. The Steam Version became available on November 20, 2012 along with Diesel, Supernatural and Seasons.

On July 15, 2013, a Community Manager for EA confirmed[4] that this stuff pack has been retired and is no longer available on Origin. Therefore, EA will not produce any more physical or digital copies of Katy Perry's Sweet Treats. Unused game codes for the pack can still be used to add the game to one's Origin library.

Some users said that Katy Perry's contract may be the cause of the price increase as they also compared it with The Sims 3: Showtime: Katy Perry Collectors Edition. Other users said that it was due to the fact that the pack has a lot of content compared to other stuff packs. 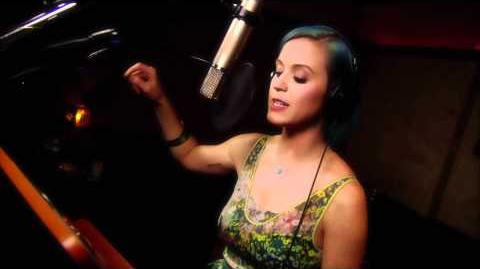 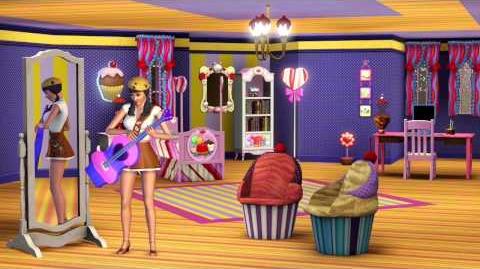