The Sims Wiki
Register
Don't have an account?
Sign In
Advertisement
in: Featured Articles, The Sims 3, Ambitions,
and 2 more
English 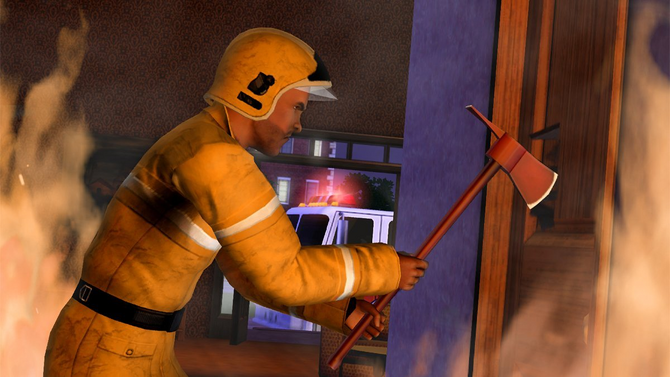 The Sims 3: Ambitions
An expansion pack for

The Sims 3: Ambitions is the second expansion pack for The Sims 3 released on June 1, 2010. It allows players to become "fearless heroes and ace entrepreneurs". In other words, it's a career oriented expansion pack, a spiritual remake of The Sims 2: Open for Business, but with added activities. Ambitions also appears to be somewhat related to The Sims 2: FreeTime.

The Sims 3: Ambitions is also available for feature phones, iPhone and iPod touch.[3] There are new features such as babies and being able to fully edit the house.

A free patch for The Sims 3 was released on May 28, 2010. It introduced tattoos and other updates to the base game.[4] The new Create a Pattern tool is a free download just like the Create a World tool, and was released on June 23, 2010.[5]

Imagine a world where you can make your Sim anything they want to be. Widen your Sim's horizons with a bunch of killer career opportunities. With The Sims 3: Ambitions, decide whether your Sim will be the brave town hero, cause loads of mischief among their neighbors, or give some style advice. Make your Sim save the day as a brave firefighter, change your town as a leading architect, or live on the edge as a tattoo artist. Will your Sim find success as a billionaire high-tech inventor or eke out a living as a bumbling mad scientist? Will they uncover secrets as a private investigator by dusting for prints or roughing up a suspect for information? Will they walk the runways as a fashion diva with exhilarating and swanky style? Their future is entirely in your hands!

The Sims 3: Ambitions allows players to pursue a variety of exciting paths and careers in their Sims’ lives that in turn affect their overall gameplay experience and neighborhood. While on the job, the player has direct control over their Sims’ work and can choose how to spend their days. Players can opt to make house calls and save lives as a doctor or choose the devious route and test experimental medicine on patients. Be the heroic firefighter tackling raging infernos or smashing everything in sight at the victim’s home with an axe; take a shot at solving cases as an investigator, nicely convincing sources to divulge secrets or roughing up perpetrators in a dark alley to get information.

Players can now experience some of the most exciting and varied jobs. In The Sims 3: Ambitions, players can choose to hunt down vengeful spirits as the ghost hunter, invent brilliant and potentially destructive gadgets as an inventor, craft glorious masterpieces as a sculptor, and solve riveting cases by any means necessary as an investigator with dozens of cases to solve and numerous clues to find. Additionally, players will be able to change the look and feel of their town by becoming an architect and directly affecting the neighborhood around them leveraging Build and Buy mode. The stylist career and new tattoo system allow players to make over their Sim neighbors in fashionable or catastrophic ways. For the first time, players will be in charge of how their Sims’ career progresses and decide if they will work for good or evil, pursue creative endeavors or technical affairs, climb to the top quickly, or be a slacker. The future of a Sims’ success or failure is entirely in the hands of the player.

In May 2010, leaked images of Ambitions surfaced, allegedly through a Russian journalist breaching disclosure policies. These images were distributed more widely by the Brazilian fan website, O Sim BR.net.[19] The legal ramifications of republishing these images is currently unknown. The images show a clear overhead view of Twinbrook, confirming it as the town in the second trailer (Iron Man parody). They also show an explosion at a junkyard, the inside of a salon, a secret agent in 'disguise', a Sim at a drafting board, several new hair styles, applying tattoos, a clothes line, and a new motorbike.

An Inventor running away from an explosion.

An inventor and a SimBot.

Changing A Sim's Look In The Stylist Career.

An inventor is inventing something.

Firefighters in a burning house.

A sim riding a motorbike.

A doctor administering a vaccine.

The firemen are on the case! 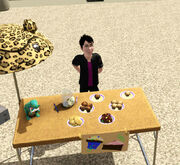 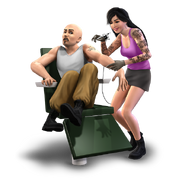 Some of the new clothing and hairstyles. 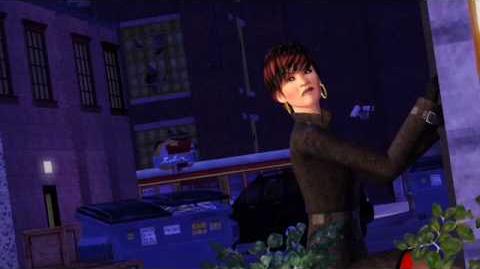 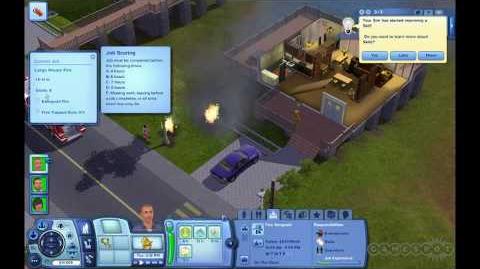 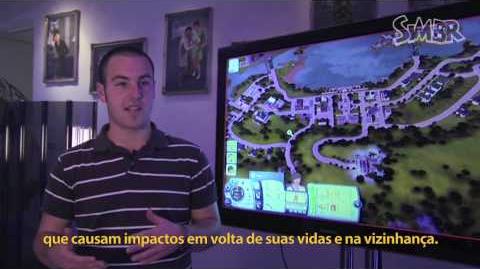 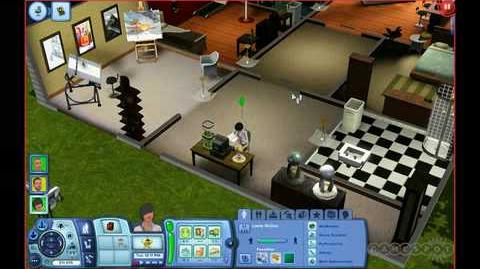 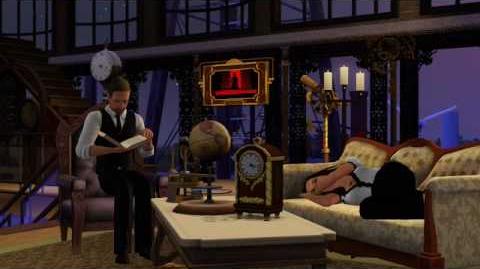 The icons that are shown on the map are shown in numerous colors.

To buy and build modes Purchase / Construction in all situations, freely. For example, during a fire and burglar.

Allows use of foundation on top tile floors.