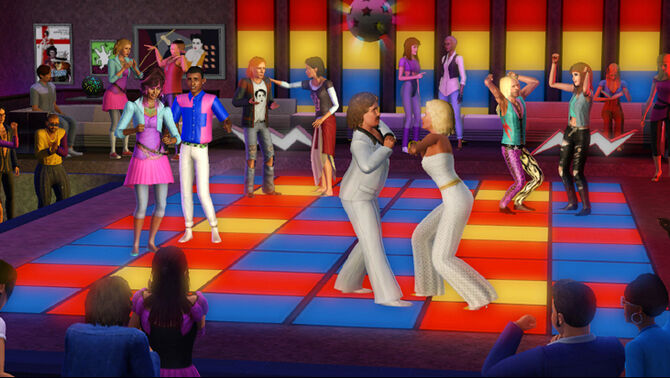 Give your Sims the hottest looks and coolest décor from yesteryear with The Sims™ 3 70s, 80s, & 90s Stuff. Rock all-new outfits, crazy hairstyles, and facial hair. Sport a 70s disco look with a wide-collared suit and bell-bottom pants, go 80s glam with shoulder pads and bangle earrings, or throw on a rumpled flannel shirt for a wild 90s grunge look. And don’t forget to redecorate your Sims’ homes to suit the decade! The Starlight Party Ball or the Neonis Foosball Table will totally give your Sims’ homes that perfect flashback touch. Bring back all the crazy trends, from feathered hair to parachute pants to console stereos as your Sims warp back in time.

Get fashion essentials and on-trend décor to outfit your Sims and their homes in stylish looks of decades past.

Fashion—Pump the tunes on your Sims’ stereo system and show off their moves—and their righteous threads. From flared jeans and bellbottoms to halter top catsuits and platforms shoes, your Sims are ready to boogie the night away in style!
Décor—Add some righteous décor to your Sims’ home with a console stereo system, minimalist furnishings, a far out disco ball, and more. Can you dig it?

Fashion—Don some legwarmers, a leotard, and a headband and your Sim is ready to get physical—at the gym, that is! Outfitted in a vibrant structured suit with shoulder pads, they’re set to bound up the career ladder. Whatever their activity, with the awesome 80s attire, they’re dressed for success, for sure!
Décor—Set your Sims up with radical pinup wall art, tubular arcade games, and a, like totally slick entertainment system—and let the shimmies start shaking!

Fashion—Whether your Sims are sporting the anti-fashion grunge look in tattered jeans and layered tops or a casual-chic outfit featuring an asymmetrical handkerchief hemline skirt, they’re sure to get mad props for their 90s fashion sense.
Décor—Drag out the distressed furniture for an industrial metal look that says you don’t care about the establishment—even if secretly you do.

New Radio Stations All three stations are originally from The Sims.

Whilst much of the clothing and furniture featured within the pack is a general imitation of retro paraphernalia, some objects and items of clothing have specific inspirations attached to them. These include:

This stuff pack came with new furniture and architecture including: 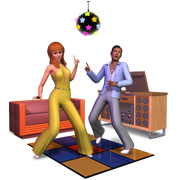 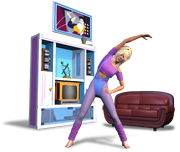 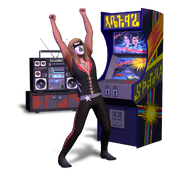 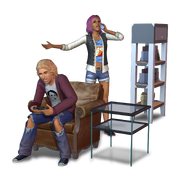 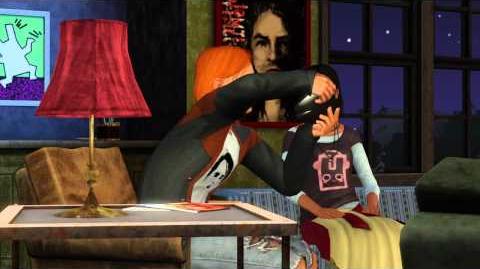