The Sims Wiki
Register
Don't have an account?
Sign In
Advertisement
in: University, Games, Expansion packs, The Sims 2
English 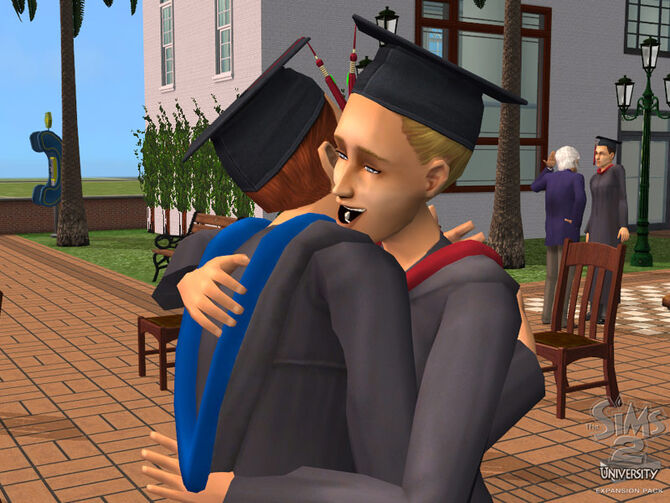 The Sims 2: University
Expansion pack for

For the expansion packs with similar names and themes in other games, see The Sims 3: University Life and The Sims 4: Discover University.

The Sims 2: University, or UNI, was the first expansion pack released for The Sims 2 on March 1, 2005. The basic idea was to give Sims a college experience.

Your Sims are now young adults leaving home to live the ultimate college fantasy. Immerse them in college life as they become the Big Sim on Campus. They'll relish their new-found freedom as they party with friends, join fraternities and sororities and pull outrageous pranks. Your Sims will explore all the campus hot-spots as they frequent lounges, gyms, coffee houses and more. Help them fulfill new lifetime goals to unlock more rewards and reap all of the benefits of their university years.

The Sims 2 University Life Collection includes The Sims 2: University, The Sims 2: Teen Style Stuff and The Sims 2: IKEA Home Stuff. A PC version was announced on TheSims2.com website on July 8, 2009, and released in North America on August 24, 2009.[2]

Playing in a band with some college friends.

The Sims go to college 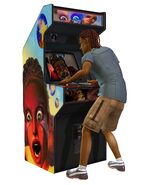 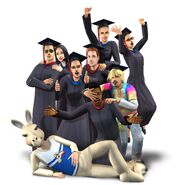 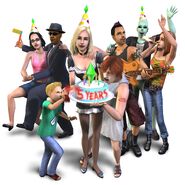 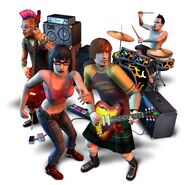 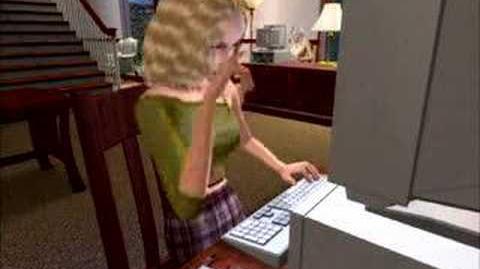