The Sims Wiki
Register
Don't have an account?
Sign In
Advertisement
in: Featured Articles, Seasons (The Sims 2), Games,
and 2 more
English 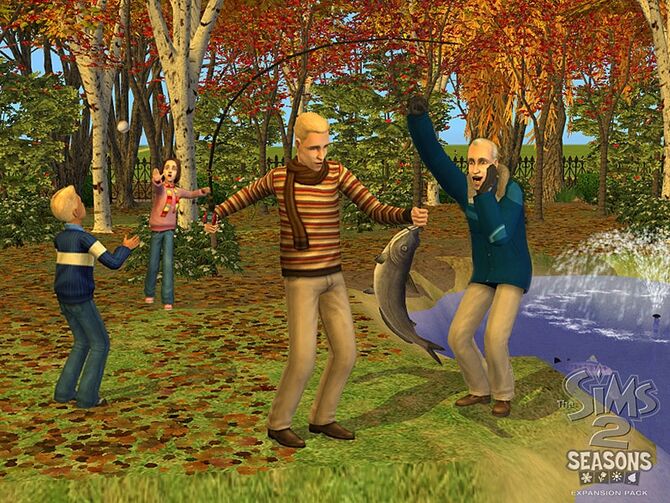 The Sims 2: Seasons
Expansion pack for

The Sims 2: Seasons (also known as TS2 S, TS2 SNS, or simply Seasons) is the fifth expansion pack in The Sims 2. The following flyer promoting the expansion pack shipped with The Sims 2: Pets. It followed the same route set by its predecessors; it contains more than 125 new items and more intricate gameplay options. The game was released on March 1, 2007 for North America and March 2, 2007 for Europe.

Head outdoors for year-round fun with your Sims! New seasonal activities await your Sims including snowball fights, chasing fireflies, jumping in leaf piles, and more. Strengthen family ties in Winter, let romance bloom in Spring, deepen the bonds of friendship in Summer, or fast-track your career in Fall. Your Sims can now explore new careers and master new talents throughout the year, but beware freezing, heatstroke, sneezing, and other unexpected weather effects! Dress your Sims appropriately or face the consequences!

Riverblossom Hills is a new neighborhood shipped with The Sims 2: Seasons. Its main theme is a countryside-theme, where most houses are decorated with country-themed objects and many of them have gardening areas. This little town also has unique seasonal progression, which is Winter, Spring, Autumn/Fall, and Winter, with no Summer. The neighborhood features a few community lots, one of which contains an ice skating rink.

Seasons are now part of gameplay. There are 4 seasons; Summer, Fall, Winter, and Spring, which normally occur in that order. However, which seasons will occur, and what order they will occur in, can be set individually for each neighborhood and sub-neighborhood with the Season Chooser. The Season Chooser can be accessed by clicking the "flower" button in the bar at the top of the neighborhood view. Each season has its own unique benefits and characteristics, nourishing the gameplay and storyline.

Weather adds more realism, as precipitation may occur unpredictably, making every day different. Sims can check the weather forecast by using the TV or newspaper. When the weather is too cold, Sims may wear a new type of clothing, Outerwear.

Sims can now do real gardening. Gardening is no longer just pulling the weeds, trimming the bushes, and cutting the hedges. Sims can now fertilize plots, plant crops, water plants, tend the garden, and finally, harvest the produce. Harvested produce can be placed in a refrigerator, used to make juices, or sold. As a reward for all their hard work, Sims may join the Garden Club and receive the benefits.

With Seasons, ponds are now stocked with fish. Sims can fish if the pond is big and deep enough, and the slope isn't too steep. Sims also gain the Fishing Talent Badge when they fish long enough. Fish can be cooked, grilled, stocked in the fridge, hung on the wall, or sold.

The new life state introduced in this Expansion Pack is the PlantSim. A PlantSim is essentially half-Sim and half-plant. As PlantSims, Sims have water, sunlight, and love as their needs. PlantSims are master gardeners, and all adult and elder PlantSims have a Gold Gardening Badge and can talk to plants. PlantSims can spawn spore children, who appear as toddlers. A spawned PlantSim toddler will grow up into an adult PlantSim.

A roof is now a crucial element as part of weather and climate changes. From now, "Indoor Space" is defined not only a room covered by walls, but there also must be a roof. Being in a closed indoor space will protect Sims from cold and hot temperatures. A roof keeps the elements out, so rain and snow won't get inside the house.

Any one-tile objects can now be placed on the roof. Anything; sculptures, chairs, flamingos, end tables, and even arcade machines. With this, decorative roof objects such as weather vane, lightning rod, and solar screen[TS2:M&G] can make a nice additions to the roof. 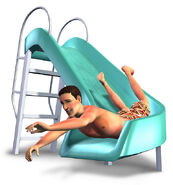 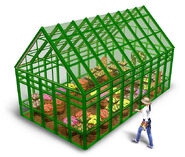 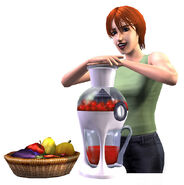 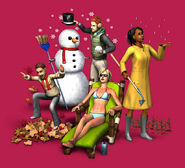 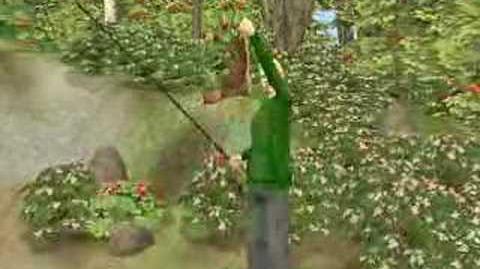 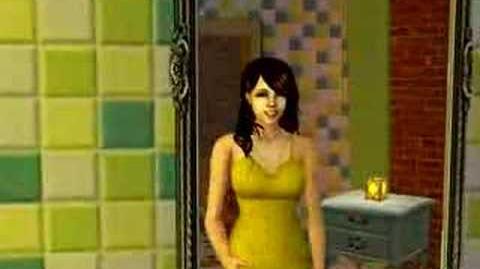