The Sims is a video game series developed by Maxis and published by Electronic Arts. The franchise began with The Sims, which was released in February 2000. The Sims is a spin-off of the older SimCity game franchise, which were both created by Maxis co-founder Will Wright.

The games in the series generally lack defined goals, unlike most other video games. The focus of the games is on the simulated lives of virtual people called "Sims". The player is responsible for directing their actions, attending to their needs, and helping them attain their desires. Players can play with pre-existing Sims and families, or create their own. They can place their Sims in pre-constructed homes or build their houses using the in-game building tools, then furnish the homes with objects from an in-game catalog. Numerous add-ons and expansion packs greatly expand the number of features, tools, and objects available to play with.

The success of The Sims ultimately led to the creation of three sequels, over two dozen expansion packs, numerous console and non-PC platform games, and several other spin-off titles within the series. As of September 2013, there have been more than 175 million copies sold of games within the franchise.[1] The series is the most successful PC gaming franchise ever.

The Sims is the first game in the franchise, released in 2000 as a spin-off of the SimCity series. The game was met with critical acclaim and received numerous awards, and has sold more than 6 million units to date.[2] It ranks among the best-selling PC video games in history. The success of the initial release led to the creation of a total of seven themed expansion packs for the game; Livin' Large, House Party, Hot Date, Vacation, Unleashed, Superstar, and Makin' Magic.

A console version of The Sims 2 was produced, which allows players to directly control their Sims for the first time on console. The game was followed by The Sims 2: Pets, The Sims 2: Castaway, and The Sims 2: Apartment Pets exclusively for the Nintendo DS.

The Sims 3 launched in 2009, introducing sweeping changes to the series. The formerly segregated lots are unified into open worlds that Sims can fully explore, the point-based personality system is replaced with a series of self-descriptive traits that influence a Sim's behaviour, and the appearance of objects can be customised using an in-game texture compositor, known as "Create a Style" (CAST). For the first in the series, new features were introduced in subsequent patches, including a basement tool, tattoos, diving boards, traits, improvements to Create a Sim, objects and other gameplay enhancements.

As with previous games, a console version of The Sims 3 was released for PlayStation 3, Wii and Xbox 360, as well as a portable version for Nintendo DS, Nintendo 3DS and mobiles. Unlike previous console editions, this version of The Sims 3 is a port of the PC game. The game was followed by The Sims 3: Pets for Nintendo 3DS, PlayStation 3, and Xbox 360. Mobile versions of World Adventures, Ambitions, Supernatural were also produced, featuring different gameplay to the PC games.

The Sims 4 was released in 2014 as the fourth iteration in the series with major overhauls to Create-A-Sim (CAS), Live Mode and Build Mode. CAS has a new interface whereby players can simply click and drag different parts of a Sim to modify their features, instead of using numerical sliders. Build mode now functions as a room-based system, whereby individual rooms are recognised and can be easily moved or manipulated. Build Mode also sees the addition of multiple new tools, and increases flexibility in object placement. In Live Mode, Sims experience emotions which will affect their behaviour, the Sims around them, and extreme emotions can even be fatal to a Sim experiencing them. The Sims 4 also introduces an in-game content sharing system known as the Gallery. Players can instantly upload their creations to the Gallery, or seamlessly download the creations of others to add to their game. 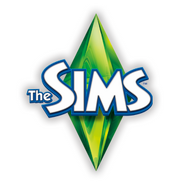 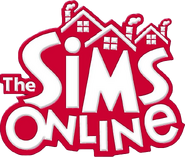 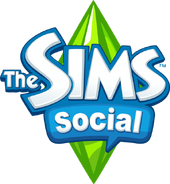 Sims throughout The Sims series