The Sims Wiki
Register
Don't have an account?
Sign In
Advertisement
in: Makin' Magic, Games, Expansion packs, The Sims
English 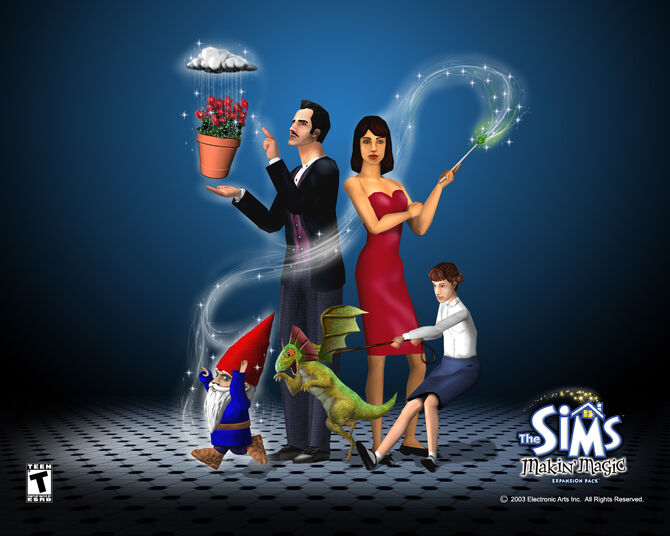 Beware. Your Sims have Magic.

In The Sims™ Makin' Magic Expansion Pack*, your Sims can now harness the supernatural, casting spells with playful or mischievous intentions. With a new magical, carnival-themed location, over 175 new items, and a host of quirky new characters, Makin’ Magic is the largest Sims Expansion Pack ever. New gameplay includes making, gathering, and questing for ingredients to brew magic spell recipes. Get help around the house from magical minions, turn pesky neighbors into toads, or make that hard-to-get Sim fall in love with you. But watch out, spells can backfire if you’re not careful. Either way, the neighborhood will never be the same.

The main feature of the expansion pack is the ability for Sims to create magic charms and cast spells, which work much like cooking meals from a recipe book. Ingredients are added to a Sim's inventory, from where they are used with the correct equipment to produce an item of food, or charge the Sim's magic wand with a spell, or produce a charm. These ingredients, which are many and varied, can be purchased in Magic Town or made at home with various machines and items that can be purchased. The ability to have a dragon as a pet was also introduced.

Upon moving in a new family, the Mystery Man appears with a box which includes a wand, a spell book, the magic ingredients needed for the Toadification spell, a wand charger (which also dispenses wands), 35 MagiCoins, and a Hole In The Ground which provides easy access to Magic Town.

Being caught casting spells outside of Magic Town by non-magical Sims is met with a fine by the Mystery Man. However this is not the case in Magic Town, although the spells may backfire as the vast majority of Magic Town residents are equipped with their own wands.

Bella, Mortimer and Cassandra Goth with wands and a pet dragon are shown on the back of the North American box cover. Oddly, Cassandra is shown without glasses in the cover, and Bella's skin tone is lighter as is Cassandra's skin tone. 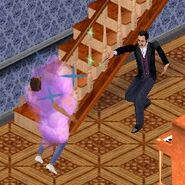 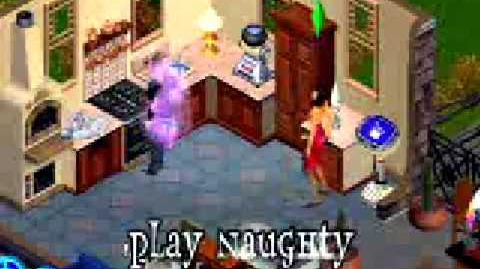