This is a page for discussing improvements to Knut Futa

LOL, I wrote that thread on SS, and took the picture too. Nice to know people are finding my info helpful.

Why does he corrupt the game if he is resurrected when fully fixed in simPE? Also, why are all the other specter victims like this? What would happen if I replaced all of their data with another so they wouldn't corrupt it? —Preceding unsigned comment added by Frogz2007 (talk • contribs) (UTC) - Please sign your comments with ~~~~

For starters, what appears in the screenshot looks like what he'd be if he were resurrected. Even though, I never resurrected him myself. Strangetown has already been glitchy to begin with. Most of the residents' DNAs are broken, for example. And then there's Olive's victims. Nikel Talk – Vote! 09:16, November 4, 2013 (UTC)

Oddly, Strangetown townie Holly Andersen has a memory of Knut's death. However Holly and Knut have no relationships or ties whatsoever. This also happens with Blair Mace and Danielle Greaves. What's even more odd about this is, Knut is not marked as deceased. This could have been a mistake by the developers.

I'm pretty sure you've seen the proof that these townies do have the memories about Knut's death (and other deceased Sims' deaths). However, I say we should keep the piece of information back into the article, even though it's only visible on SimPE and changed once they're instantiated (I didn't realize their memories will revert to the regular CAS memories. There's a mod that prevents this behavior. Perhaps it can keep this memory from reverting).

My point is, as you've told me before, we should try to keep both information that's stored in the data viewed from SimPE, as well as how the behavior ends up in the real game. It's unfair if we should keep this information away, unless you can prove it's an exception. Nikel Talk – Vote! 17:14, August 12, 2014 (UTC)

There has been some back and forth editing over Knut Futa and his memories, some say he has a memory for Danielle Greaves' death and others like myself and User:mariaw say he doesn't. I checked SimPe and in-game and can confirm that on my game he has no memories, as seen below. Can someone confirm that he does on their game to distinguish between possible game version differences?:

ETA: I had to flag him as an adult in SimPe otherwise he would just get errors when trying to spawn him, besides that, he is completely untouched, as is the neighborhood. 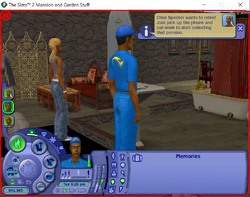 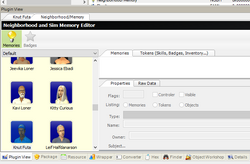 Retrieved from "https://sims.fandom.com/wiki/Talk:Knut_Futa?oldid=911479"
Community content is available under CC-BY-SA unless otherwise noted.