"No fear? You're life must be pretty boring. I seek out fear... and then destroy it."

Suzie Mack is an Urb residing in Urbzville's district, Gasoline Row. Suzie knows all the right moves since she used to be a career counselor at the city university before switching to life on a grand touring bike. As she says, “You learn more when you see more.”

She likes Big brother truckers, Hualing butt on a big rig, and Thunderstorms. She dislikes Gum smacking, Social order, and Picnic blanket patterns. Getting to know her will result in being taught the social move: "Blow Flame".

In comix the "Outlaw Angst" by Peter Bagge, she and Sharkey Spitz are seen arguing with Jayde about manning the sausage grill. Once Jayde reluctantly picks up the spatula, Suzie berates her about working faster. After a few more trials at the command of Duke Headbutt, Jayde's tasks are complete and she managed to impress the whole group. While Suzie happily gives her approval of the newbie, as Jayde leaves Suzie's insecurities come out. She frustrating wishes she could go with Jayde to a different distract as she feels trapped at Gasoline Row. 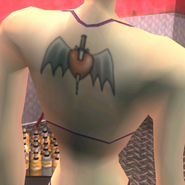 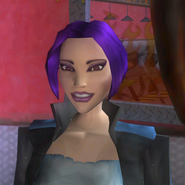 Add an image to this gallery
Retrieved from "https://sims.fandom.com/wiki/Suzie_Mack?oldid=874964"
Community content is available under CC-BY-SA unless otherwise noted.