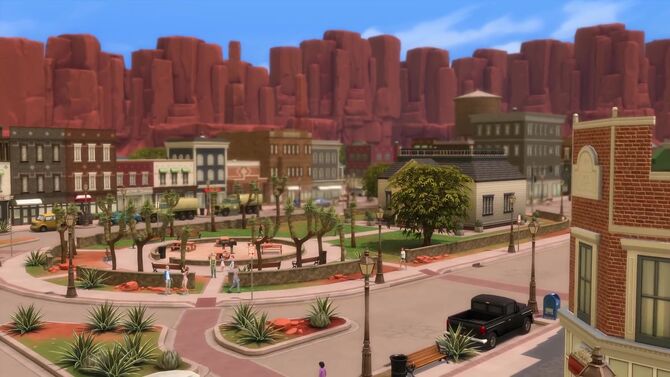 StrangerVille is a world introduced in The Sims 4: StrangerVille. It resembles a stereotypical rural desert town in the Southwestern United States, mostly inspired by the state of Arizona and Area 51.[1] If Seasons is installed, StrangerVille has a unique type of weather called "Strange Weather", which stays until the storyline is completed.